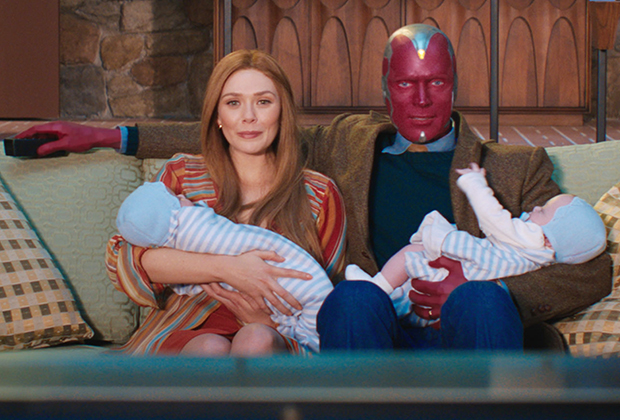 Did “WandaVision” Just Bring the X-Men Into the MCU? [Spoilers!!]

“WandaVision” has been hit and miss over it’s initial five episodes, but with the most recent installment (which is actually simply titled, “Episode 5”) it did something more than just continuing the storyline. But we’ll get to that in a moment (and we’ll warn you before we get to the main spoiler).

After last week’s, We Interrupt this Program, we got a picture of what’s been going on in the outside world. Including seeing Monica Rambeau (played by Teyonah Parris) returning after the second half of the blip from “Avengers: Endgame“. That element ties in the young Monica from “Captain Marvel,” so we can expect to see that to carry forward into MCU’s Phase 4 and the upcoming “Captain Marvel 2.”

But while that ties the existing MCU films more snugly to WandaVision, it’s been the general absence of Disney’s other Marvel properties that have come in from their 2019 merger with Fox. In particular, the X-Men films. There’s been much speculation around when they might make their first appearance, and now, thanks to Wanda’s powers, it appears to have happened.

Warning, after this, we will be talking about the huge end scene spoiler from the episode. So, if you continue on, don’t kvetch that we didn’t warn you.

As the episode winds down, there’s a knock at the door, and Wanda answers and freezes. At first we don’t see who it is, but then we get a quick glimpse from behind of a male figure with a leather jacket, but more importantly, dark hair topped with silver.

Cutting back to Sword’s Darcy Lewis (Kat Dennings), who has been continuing to monitor Wanda’s television feed, expresses – “Wanda recast Pietro!?” We then see the person standing there, it’s Quicksilver no doubt, Pietro Maximoff (Wanda’s brother). But it’s not “Avengers: Age of Ultron’s” Aaron Taylor-Johnson. Instead, it’s Evan Peters, who played the role in four of Fox’s X-Men films.

How Wanda might have caused this to occur has yet to be revealed, however the implications are huge. If she brought him from another Earth (ala the Multiverse alluded to in “Spider-Man: Homecoming“) or if it’s another rationale (because there’s no ready way to explain the X-Men on the current MCU Earth, as they would have been present with such a huge event going on as the Thanos smackdowns).

But now that this particular Pandora’s Box has been opened, it’s far more compelling to keep watching to see what might be coming through Wanda’s front door next.