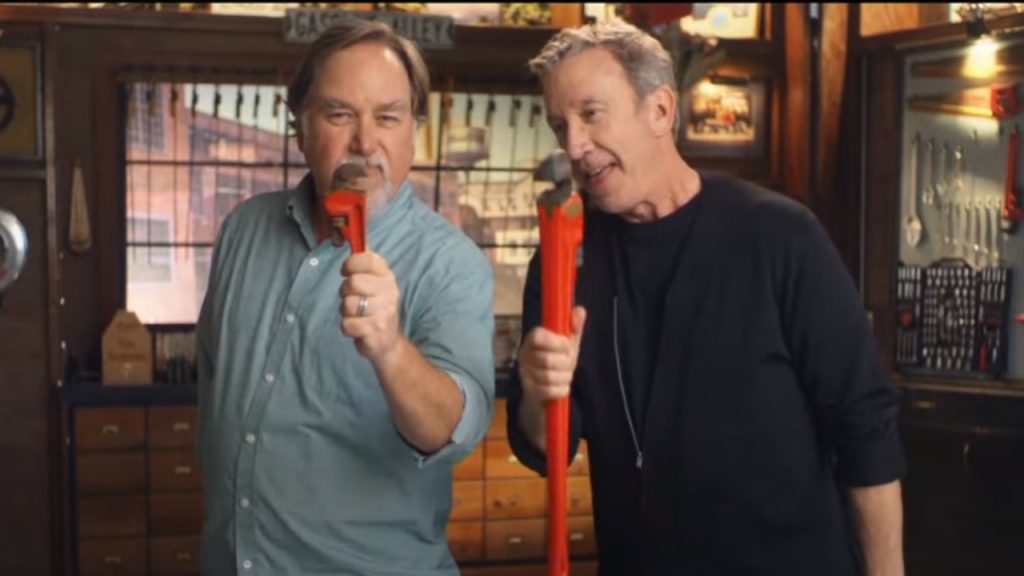 Everybody know what time it is? TOOL TIME! Well, kind of.. Tim Allen and Richard Karn are set to host an all new tool show called “Assembly Required,” and we finally have a premiere date for it. We wrote about this back in August of last year but hadn’t heard anything since.

Ever since “Home Improvement” aired, there’s really never been a show like it. Allen tried to emulate the sitcom’s success with his show “Man of the House,” but it never quite hit the mark. This show however isn’t another sitcom, but a real life tool show that they modeled after “Home Improvement’s” in-universe series, “Tool Time.”

The duo will go from workshop to workshop and highlight different crafters.  According to TVLine, 10-episode series will:

“spotlight the best and brightest makers from across the country, as they compete head-to-head, to create mind-blowing builds — everything from a dual all-season ice melter/leaf blower and all-in-one riding comfort mower, to a do-it-yourself jacuzzi and BBQ bicycle — which not only pushes each builder beyond their limits, but challenges their inner fixer and inventor to build it bigger, better and more powerful.”

Because they filmed during the pandemic, the episodes will be a competition between three people working from their own workshops. Because of this, Allen and Karn will be popping in virtually which I can only think would be something like in “Mystery Science Theater” when they comment on the films.

DIY YouTuber April Wilkerson is going to serve as the resident expert, and give the breakdown on what each contestant is doing with their build.

“Assembly Required” will be premiering on February 23rd 2021 on HISTORY. Check local listings for time.