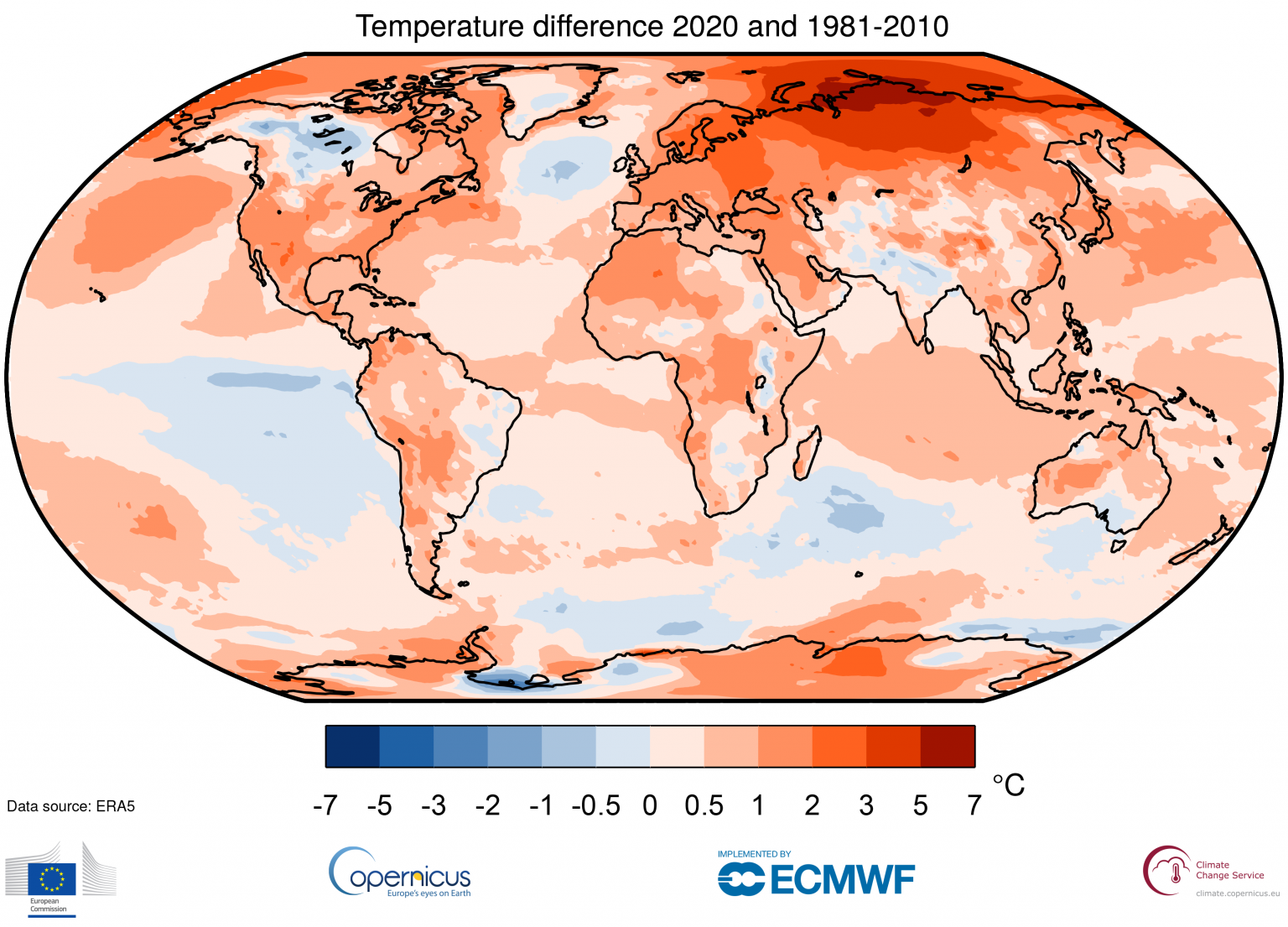 Although a lot of us would like to leave 2020 in the past, but it still wants to make itself known.  New data released about a week ago has revealed that 2020 is tied with 2016 for being the warmest year on record.  Not only that, but the last 7 years have been the warmest we’ve seen, with 2020 toping what is the hottest decade on the planet.

Global warming has played a major role in these rapidly rising temperatures.  Scientists have warned that if we reach the 1.5 degree Celsius threshold, wildfires, droughts, floods, and food shortages may become more apparent.

All the natural disasters in 2020 didn’t help climate change either.  From January when the fires broke out in Australia.  A study has shown that as climate change gets worse, fires are at least 30% more likely to occur.

Soon after, hurricane season hit.  In total, there were 30 named storms, breaking another record.  12 of those 30 reeked havoc when they made landfall in the U.S.

2020 was not the greatest of years, and many of the issues are still ongoing.  I wonder how this year will turn out and what we will do to prepare for the future.