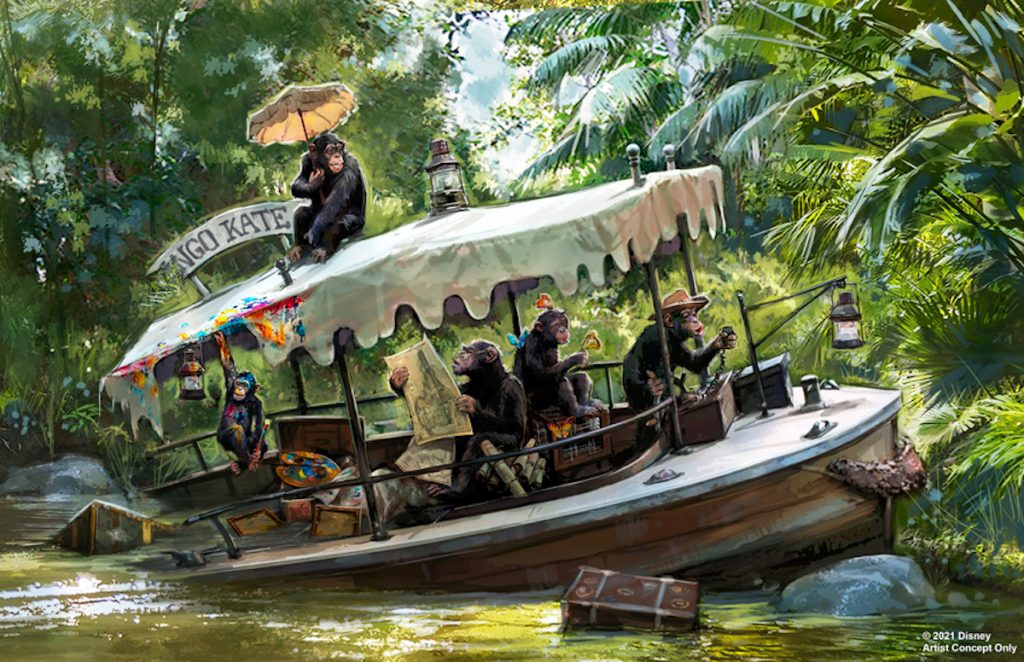 The Jungle Cruise, punny ride and homage to the great exploration excursions of cinema history, is finally getting some big changes. Following the decision to completely revamp offensive content in rides like Splash Mountain and Pirates of the Caribbean, Disney is finally doing away with some of the more problematic portions of The Jungle Cruise.

Announced today by the official Disney Parks Blog, both the Disneyland and Walt Disney World versions of the water ride will get some updates. Namely to the rhino scene, where an African Rhinoceros has chased a group of explorers up a pole. For years, this scene has depicted offensive caricatures of a dark-skinned group of men. As you can see from the new concept art, the frightened group will now be a more diverse set of explorers hoping not to be lunch.

There are other changes coming too, teased in these graphics with quotes from the various Imagineers working on the project.

Disneyland remains closed to attendees, which has prompted the company to officially end their annual pass holders program, offering refunds.