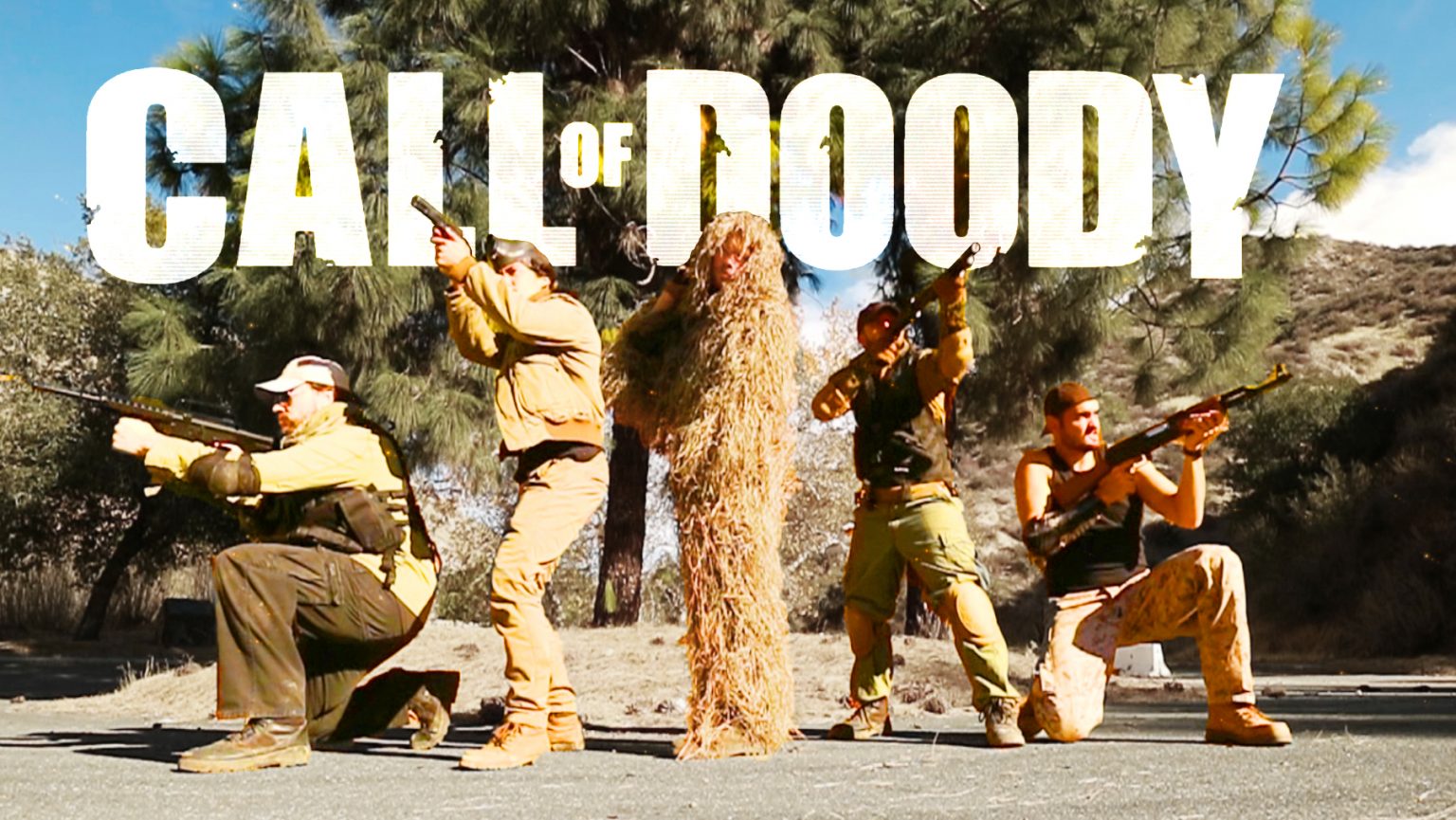 If you like Activision’s “Call of Duty,” you’ve got to check out parody “Call of Doody.” It is a sleek new action comedy sketch from YouTube channel Ruustic, and their team of professional stuntmen.

The video takes you on a journey through several funny moments and glitches from Call of Duty games. The mixture of comedy combined with their Hollywood level action sequences makes it really fun to watch. It’s everything you’ve ever cursed at under your breath for happening to you in the game and watching it play out in real life is hilarious.

Seriously I don’t know how many times I’ve accidentally grenaded myself, but that’s also why I choose not to play so often. They did an amazing job with picking out all of these things to portray in the video and odds are you’ve done some of these oopsies too.

Ruustic put this together with a few of their team members including Tim Neff, Ryan Klarenbach, Robert Dill, Selwyn Huqueriza, Shahriyar Mustafiz, and Nick Krawiec. They each played an important part in the making and production of this video. The video was directed/edited by Rustic Bodomov, and the VFX were done by Shahriyar Mustafiz.

The team that put this together is putting together a sequel video and would love for you to comment some of your favorite glitches and mishaps in the comments on the video.