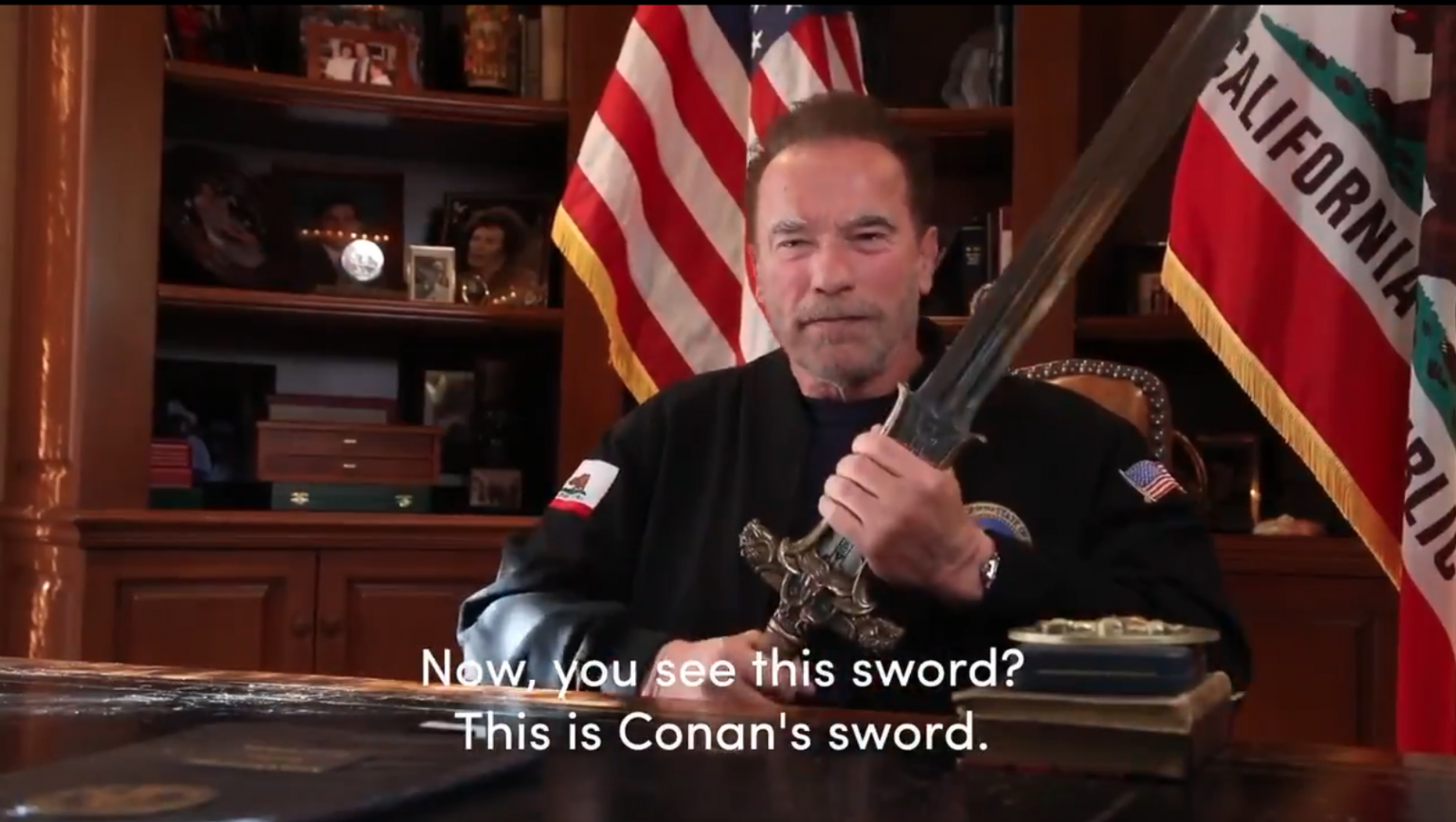 We have to say, former California Governor Arnold Schwarzenegger has come a long way in his willingness to speak out against his own political party. He has always been very vocal about his feelings for the current sitting president, and in a new video released this morning, compares much of the current term to some pretty heavy stuff from his home country’s past.

Schwarzenegger compares the traitorous U.S. Capitol Building insurrection this past week to the Nazi assault of Kristallnacht in 1938 Germany. He calls calls Trump a failed leader, and mixes no words about what happened being a failed coup attempt.

And, Arnold being Arnold- the beautiful Conan sword makes an appearance.