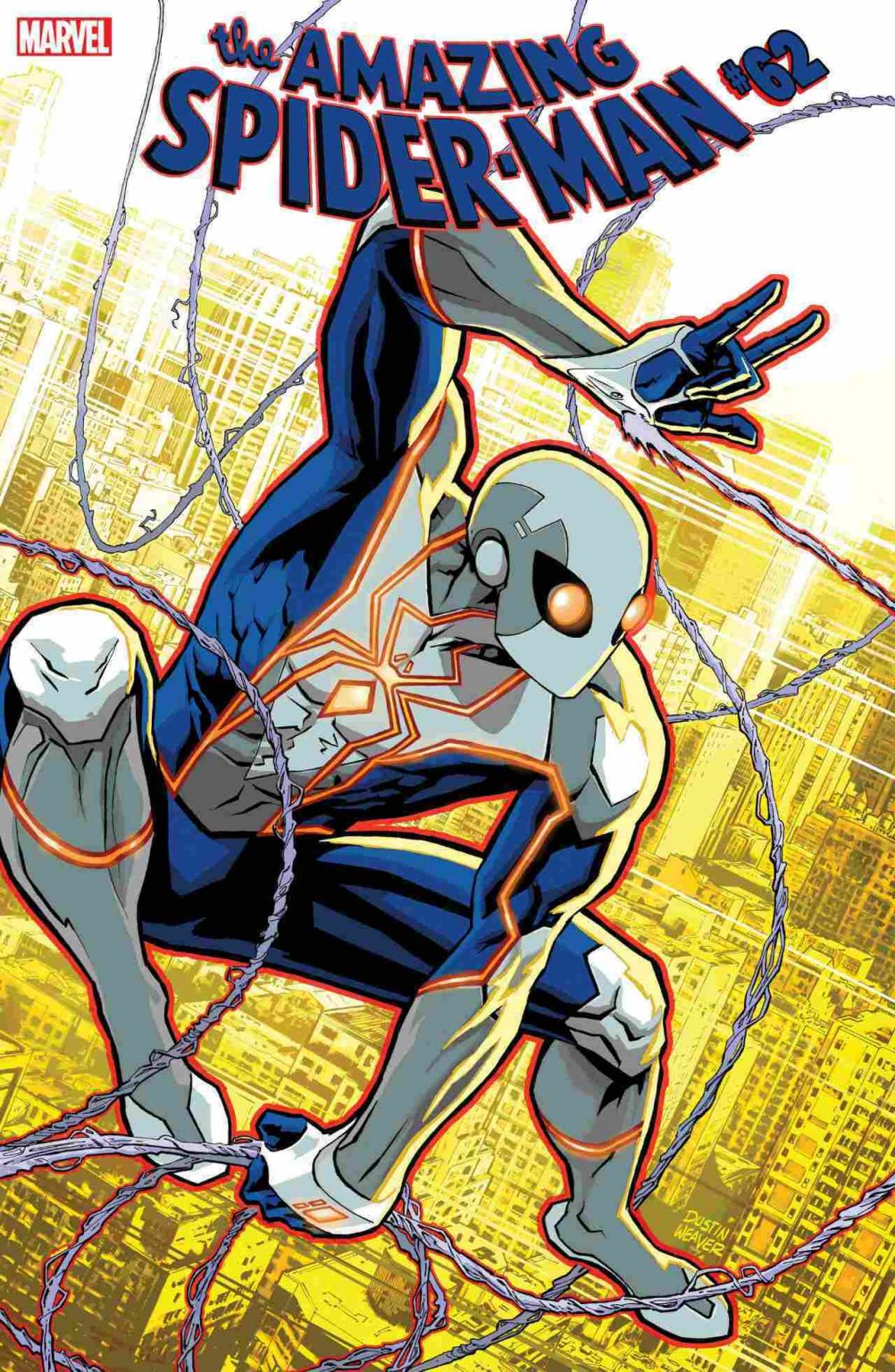 We thought maybe you’d like to see Peter Parker’s upcoming costume change for Marvel Comics’ The Amazing Spider-Man #62, due out in 2021. The new look will be featured on variant covers for issues #62 and #63. Dustin Weaver handled the art, and we like like it!

Over the years, Spider-Man has donned a host of iconic costumes from his classics digs to the black suit to Iron Spider. Now in 2021, everyone’s favorite wallcrawler will get a brand-new costume to add to his legendary wardrobe! Designed by superstar artist Dustin Weaver, this vibrant new look is unlike any that Peter Parker has worn before. The mysterious look can be seen on Weaver’s incredible variant covers for AMAZING SPIDER-MAN #62 and April’s AMAZING SPIDER-MAN #63.

“This design was really a collaborative effort between Nick Spencer, Editor Nick Lowe, and I. They reined in the weirder and more techy features I was bringing and helped create something that I think is simple and both futuristic and classical,” Weaver said. “I can’t wait to see Patrick Gleason really bring it to life!”

Following the traumatic events of Sin’s Rising, Peter Parker will wear this new suit for his faceoff against Kingpin in the next arc of writer Nick Spencer’s hit run.