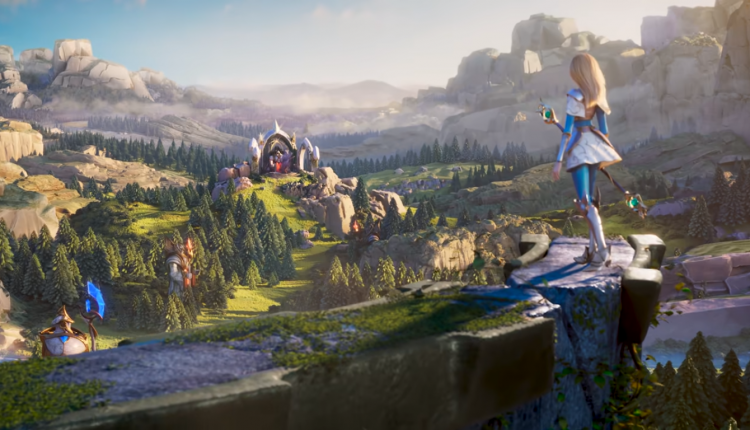 “League of Legends” has seen massive success over the years. So it’s not surprising that Riot Games wants to keep the hype going with more games set in that universe. However, speculation about an MMO set in the League universe often seemed like simply that-speculation. However, thanks to a recent Tweet by Greg Street, that dream is becoming a reality.

Confirmation comes from a casual Twitter reply made by Riot’s Vice President of IP and Entertainment, Greg Street. Recently, Greg posted that his job up to this point has been to develop the universe of “League of Legends.” However, his role is now shifting into something new. Now, Greg is kicking off a massive project that both fans and employees have been asking for years to see. One eager fan asked Greg if this massive game could be an MMO. In reply, Greg simply said “it is an MMO.”

It doesn’t get much more clear than that. Of course, there is the slim chance that the MMO has nothing to do with the League universe. After all, Greg never explicitly states that it is. It seems unlikely though, especially since he makes a point to say how much he has expanded the League universe before mentioning this new project.

This new project was also teasingly confirmed a second time by Riot’s Marketing Creative Director, Moosey. In response to Greg’s post, she says “Greg don’t just TELL them outright omg.” Of course, it’s highly unlikely that his post was not previously approved by the company. Especially since it has not been removed. Overall, this seems like a fun and unexpected way to drop massive League news to the world. Hopefully, the company will give us a full press release and more information soon.

You Totally Need a “Schitt’s Creek” Holiday Party Delivered in a Box!