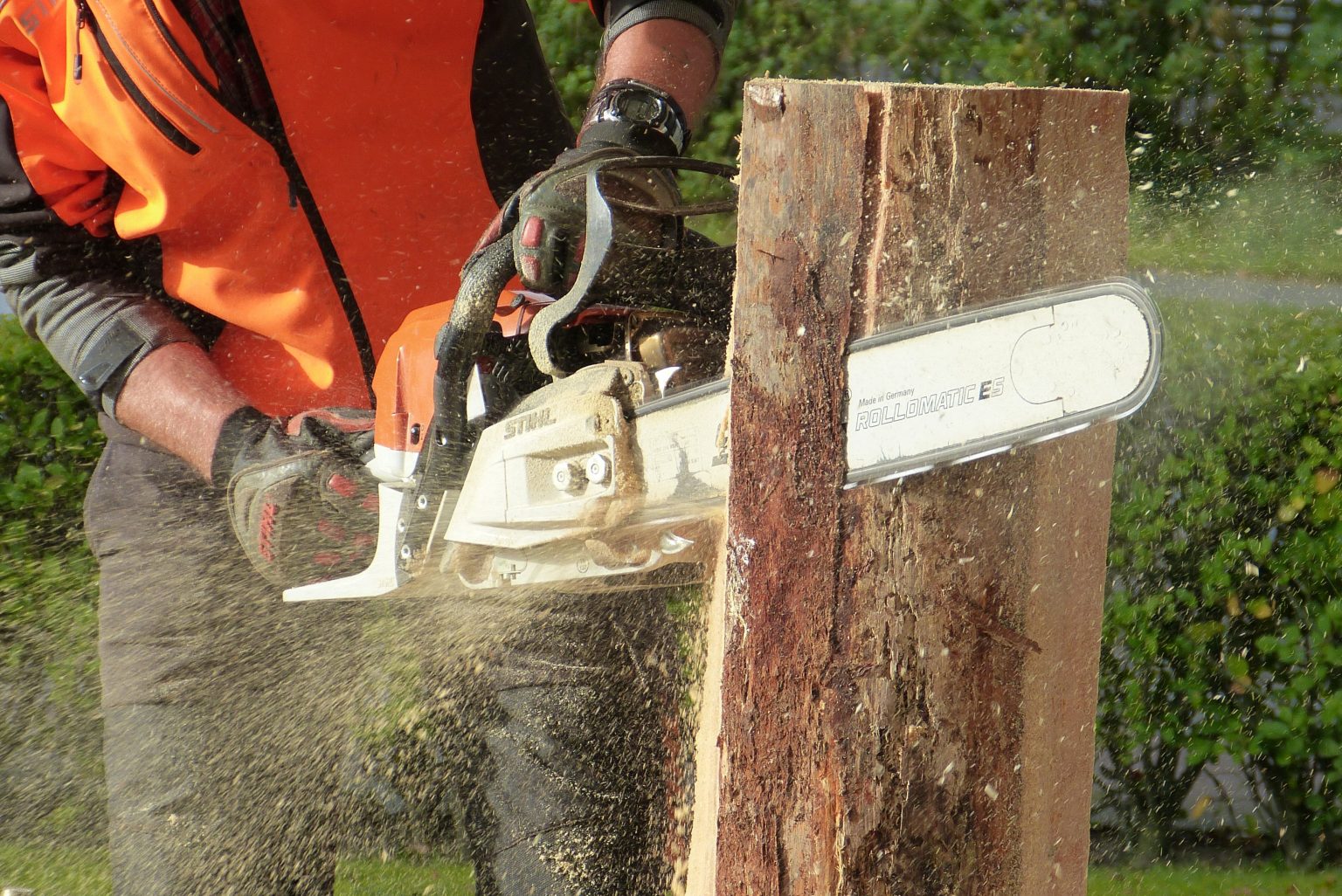 Wanna Know What the Chainsaw Was REALLY Invented For?

Some things you just don’t think about the origin of, like chainsaws. Used for cutting down trees in my mind, I thought for sure that’s what they were invented for. Until I Googled it and to my surprise was so taken aback that all I could mutter was “how can this be?”

It turns out that two Scotsmen invented the chainsaw to cut babies out of the birth canal. That’s right, it was used for childbirth-

Back in the mid 1780’s Scottish doctors John Aitken and James Jeffray invented the device. Of course it didn’t look like modern day chainsaws. It was initially just a long chain with serrated teeth that would be pulled from a handle at each end making it more like a wire saw. It wasn’t until an orthopedist named Bernhard Heine improved the design that it looked more like what we recognize as a chainsaw.

His version was a small knife with little teeth on a chain that was wound with a hand crank called an osteotome. They found with this device that cutting through the pelvic bone was now faster and more precise. It led them to start using the osteotome in other surgeries and dissections.

When used for childbirth the procedure was known as a Symphysiotomy. It was preformed without anesthesia.

What is as Symphysiotomy?

This was the procedure that would get the baby out of the birth canal if they became stuck. If your baby was breach, too big, or at risk of dying they would resort to this technique. Every baby went through the birth canal. And if the baby couldn’t fit, they would bring in the chainsaw to cut away parts of the bone and cartilage to create space.

They used this procedure from 1597 up until the 20th century when C-sections became more reliable. Maternal death rates decreased due to the improvements of techniques and hygiene of a C-section and Symphysiotomies faded into the background. And thank goodness because I would be so afraid of childbirth if this was still common practice.

The side effects to using a symphysiotomy were extreme pain and sometimes you couldn’t even walk afterwards.

When symphysiotomies began losing support and C-sections were deemed safer is when a patent was applied for the modern day chainsaw. A San Franciscan logger realized that they would be very useful for cutting down giant redwoods. He modeled his patent for the endless chain saw on Heine’s original osteotome. The patent was applied for in 1905.

It was then that others would begin to tweak and modify the design until we got what we have today. Which is no longer used on humans except for in the horror movies.