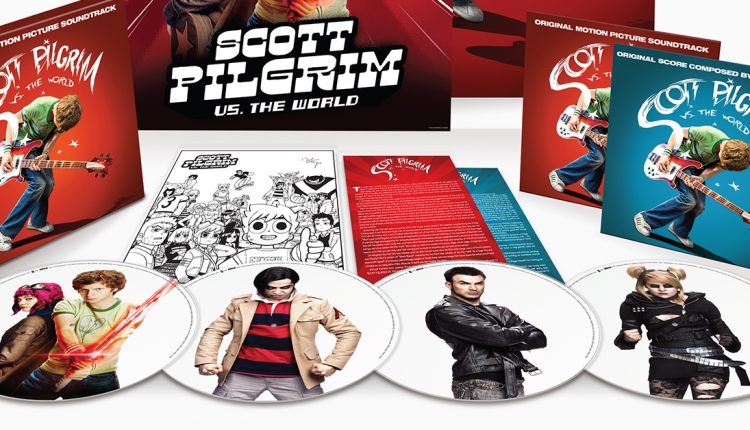 It’s time to play fast, and loud! Edgar Wright‘s “Scott Pilgrim vs. the World” film isn’t just a beloved pop culture film that sports a vast amount of quotable lines, but it also sports a soundtrack and score as long lasting and memorable as the film itself. To celebrate its 10th year anniversary (that’s right, Scott Pilgrim is 10 years old if you ever needed another reason to feel old), a new limited edition soundtrack is being released.

The Seven Evil Exes soundtrack will include all of the original hits from the likes of Beck, Sex Bob-Omb as well as some special, never before released tracks from both. The expanded, limited edition, 4xLP picture disc set also includes 24 minutes of unreleased music from Nigel Godrich, who scored the film, and the first ever movie version of “Black Sheep” by Clash at Demonhead with Brie Larson on vocals. Originally performed by Metric, the film version has never been officially released in any physical format until now.

Personally, while I’m a fan of both, I actually prefer Captain Marvel in the lead. Each side of the LP features an image of one of the seven deadly exes as well as some notes and musings from both Wright and Godrich. As if all of this wasn’t enough, the set also includes a double sided movie poster of Pilgrim and Ramona AND an exclusive coloring page with artwork by the original graphic novelist Bryan Lee O’Malley.

Get out your wallets and spend some of that new new money, because the set isn’t cheap. It is available for pre-order, and will ship on the March 26th release date. It is limited edition, so I’d recommend you stop learning the baseline for Final Fantasy 3 and don’t totally bail on this. It IS a race, guys!

“Scott Pilgrim vs. The World” The Seven Evil Exes Edition is being released March 26th, 2021.

Krypto the Superdog Played by a Rescue in “Titans” S3