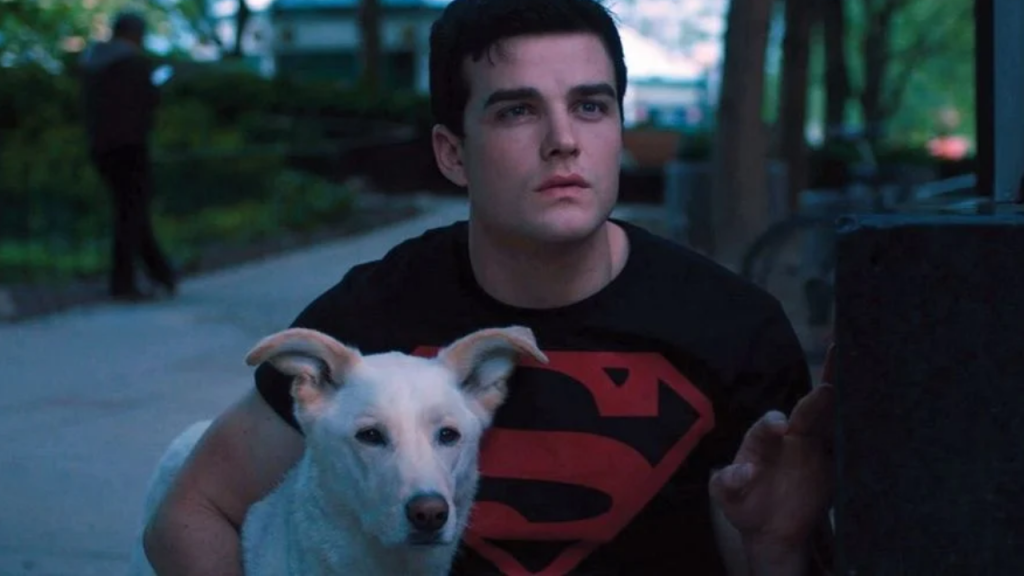 Krypto the Superdog Played by a Rescue in “Titans” S3

A rescue dog named Pepsi will play the newest addition to the “Titans” team for the upcoming third season of the formerly DC Universe now HBO Max series. Meet Krypto, the Superdog!

Found in Missouri, Pepsi was taken to a shelter where he was at risk of being euthanized. Joshua Orpin (Connor/Superboy) shared Pepsi’s story on his Instagram.

This little guy is only young, but he’s already a superstar… with an incredible backstory. He was found as a stray in Missouri and taken to a shelter, where he was at risk of being euthanized. Saved by @lucky13rescue and fostered at a boarding kennel, he was finally adopted into a loving home with trainer Melissa Millett – to play Krypto in our third season of Titans.

He was small, timid and lacking socialization, but very fortunately made it out of the US and was delivered to Melissa + the Krypto team one week before the pandemic hit.

To top it all off, he also tested positive for Heartworm. The delays we experienced due to Covid-19 this year gave him the time he needed to recover and train.

Now healthy, happy and brave, Pepsi is killing it in front of the camera this season ?

We are all so proud and thankful for his resilience and courage, this fella is about as close as you can get to a real life superhero! Can’t wait for you to see him on your screens in 2021.

This just goes to show that all animals have potential, and deserve a second chance! If you’re thinking about adopting, please check your local shelters and rescue organisations for your next family member and best friend.

Shout out to @lucky13rescue for saving his life and the lives of many more dogs in need!

It’s always wonderful when an animal can be saved and treated like a king. Because even though we know Pepsi has gone through a lot of training all the treats and pets make up for it. We can’t wait to see him onscreen in “Titans” season 3.