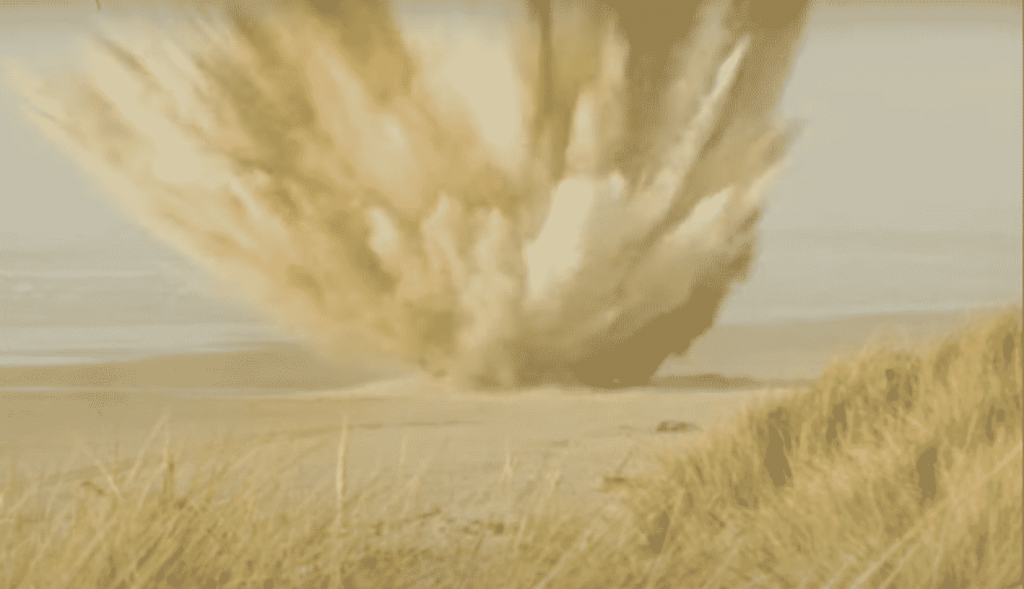 The infamous exploding whale coverage from 1970 has been remastered for its 50th anniversary. If you haven’t seen the footage and you’re a bit squeamish…..you may want to skip this one.

In the 70s apparently they thought that the best way to remove a whales rotting corpse that had washed up on the beach was with explosives. That’s right, they blew the thing up. Initially hoping that the seagulls would pick up the meat that would be blasted all over the beach. Unfortunately things didn’t go as planned and the rest is media history.

The infamous KATU Exploding Whale video has remastered! To celebrate the 50th anniversary of the infamous beached whale incident that took place in Florence, Oregon on November 12th 1970, the Oregon Historical Society arranged for a 4K transfer of the original raw film footage from their archive. KATU has re-edited the package from the new high resolution video. Enjoy!