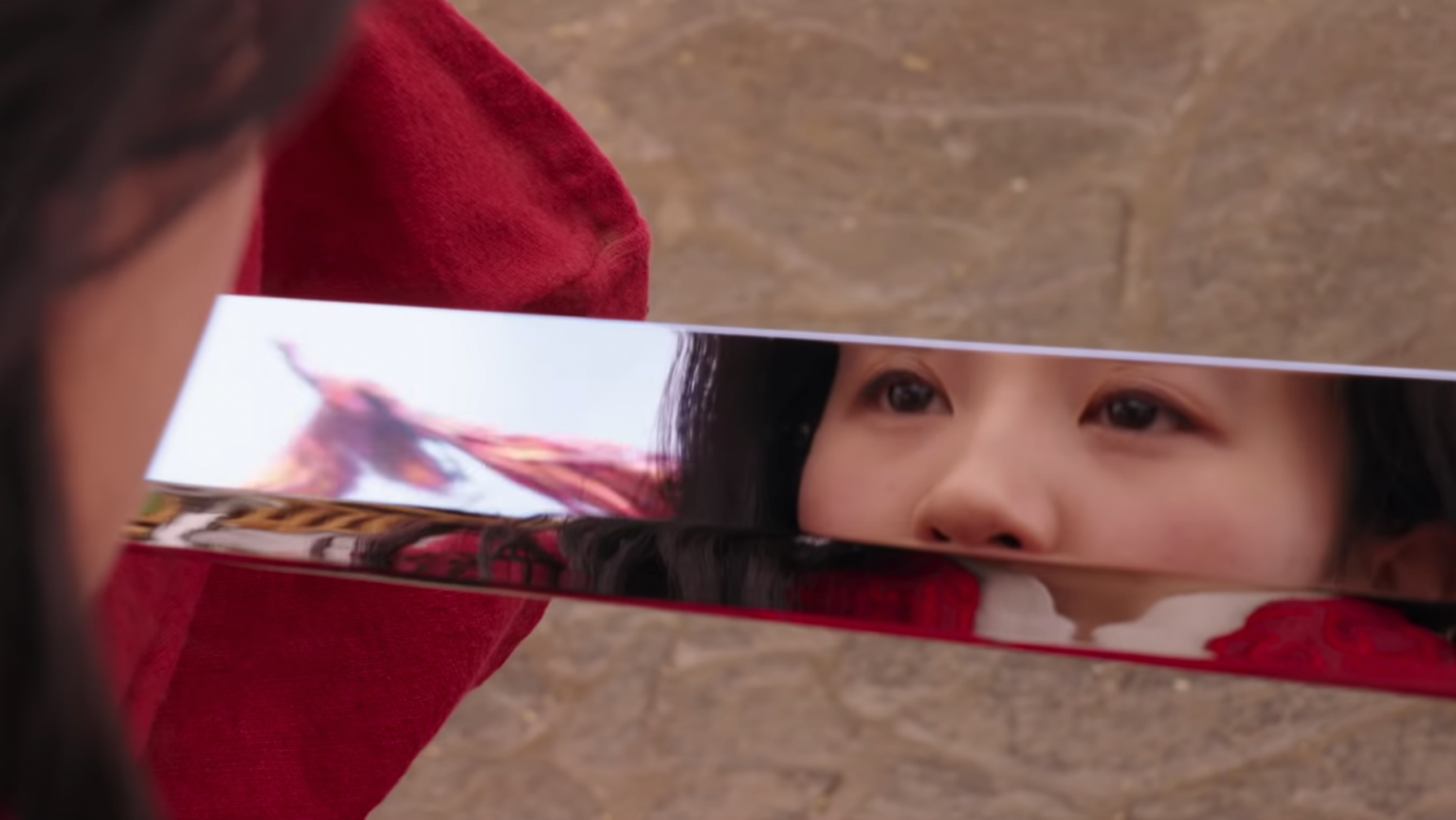 Touted as a “closer to the legend” take on the story of Hua Mulan, this version doesn’t have a wise-cracking dragon, nor any songs.

What it DOES have is a pretty great cast, including Jet Li as the Emperor, and a super awesome surprise cameo at the end of the film.

If you don’t want spoilers, PLEASE click away now.

Seriously. If you’re still reading, we’re going to assume you’ve already seen the film, and/or don’t care about a spoiler.

Ok, so if you’ll recall, actress Ming-Na Wen was the speaking voice behind the animated “Mulan.” We were all kind of hopeful she’d have some sort of presence in the live-action version. And she TOTALLY does!

Wen appears towards the end of the film, presenting the hero of China Hua Mulan to the entire court. She’s wearing a traditional dress that echos the cartoon in colors and cut. She is absolutely stunning in the moment, and a highlight of the entire film.

She also just posted about the experience on her Instagram, stating that she hadn’t been allowed to (by Disney) until three days after the film’s release.

“Mulan” is currently streaming on Disney+ now, for an additional fee of $29.99 for subscribers. This is NOT a rental- you are purchasing the film, and it will remain in your Disney+ library in perpetuity. It will also be available on the site for no additional fee in December.