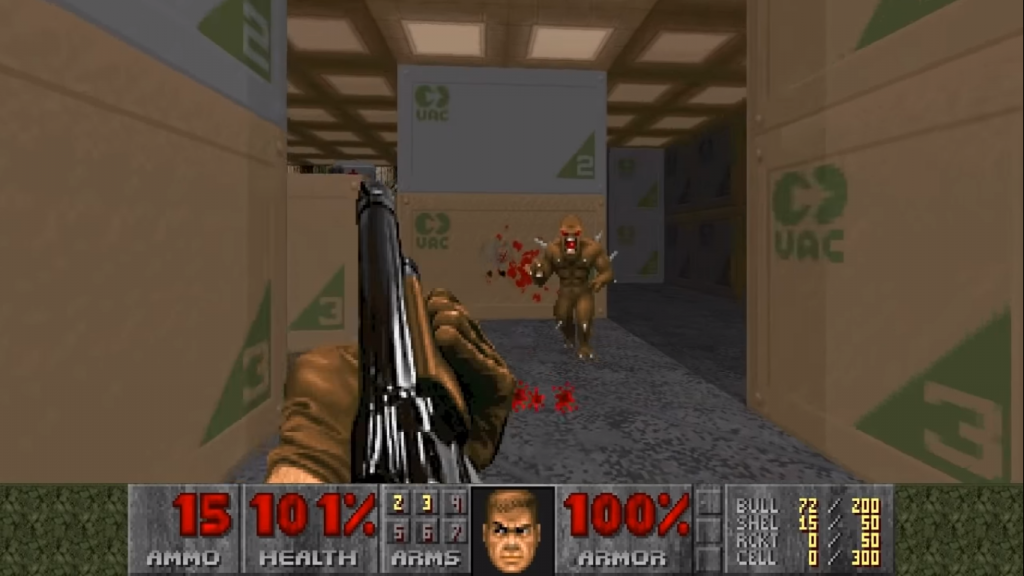 Another legend in the “Will it run Doom?” challenge has been born! Or should we say it’s going to be born? Anyways, a programmer has managed to make “Doom” playable on a pregnancy test. It goes to show that there truly are no limits when it comes to playing video games. If you want it bad enough, you can make it a suitable device for your demon-slaying needs.

So who is the madman behind this scheme? It’s California-based programmer Foone Turing. Originally, Turing took to Twitter to show his progress making video clips playable on a pregnancy test. Your pregnancy test can Rick Roll you with a clip of Rick Astley’s “Never Gonna Give You Up.” Looking for something a little more game related? Well, Turing showed clips of both “Doom” and “The Elder Scrolls V: Skyrim” playing on the pregnancy test. Even through the black and white dots, seeing that opening scene of “Skyrim” still gives us the warm and fuzzies.

Turing could have stopped there. He had already done the unthinkable. What’s the fun in that though? So, Turing took his work a step further and actually made “Doom” playable on the test. You can see him moving his character around the darkened halls of the game. Of course, a regular pregnancy test would not be capable of all of this. The only remaining part of the original pregnancy test is the plastic shell. Turing replaced both the display and microcontroller for his experiments. It’s still an impressive feat though.

I guess this is one way to tell your partner that you are having a little gamer? I’m sure the cost of the test would be killer though.