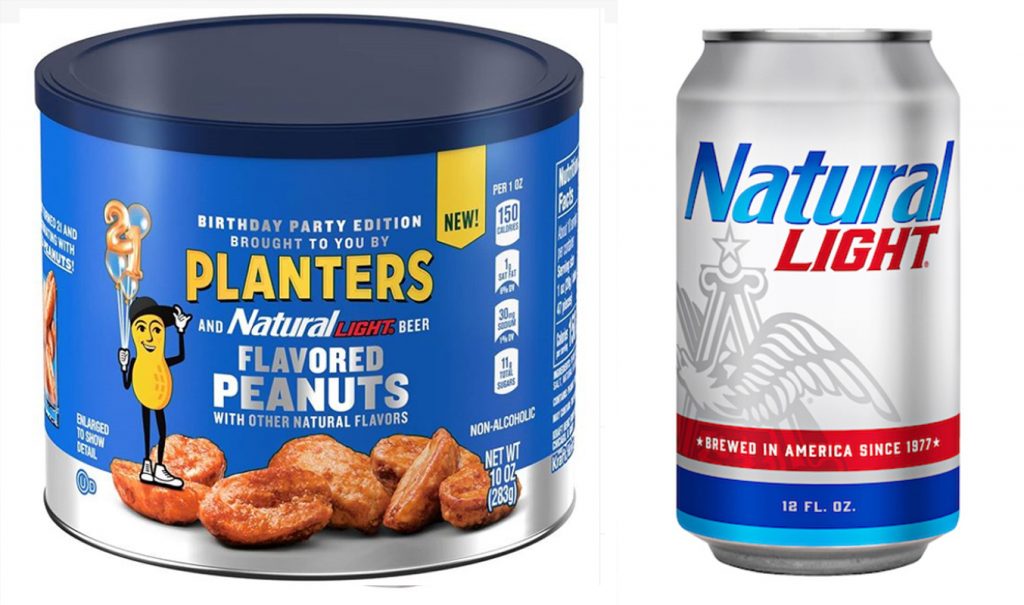 Planters and Natural Light Beer Team Up With Flavored Peanuts

Remember that baby peanut that was born Super Bowl 2019? Well apparently he’s turned 21 and now Planters is celebrating with a new special edition of peanuts. They will be flavored like Natural Light beer and be available in stores very soon.

Officially they are calling it “Birthday Party” Edition. It’s funny to me that they specify that these peanuts are “Non-Alcoholic” on the tin because unless it’s got some form of liquid in it you can assume the alcohol has been evaporated. But then again maybe some folks don’t know how science works.

Many people are arguing that Natty Light isn’t really beer, but to be fair it does make for a great marinade. Which is pretty much what they did here. @Candyhunting even jokes that if it was Miss Peanut they would have been White Claw Flavored.