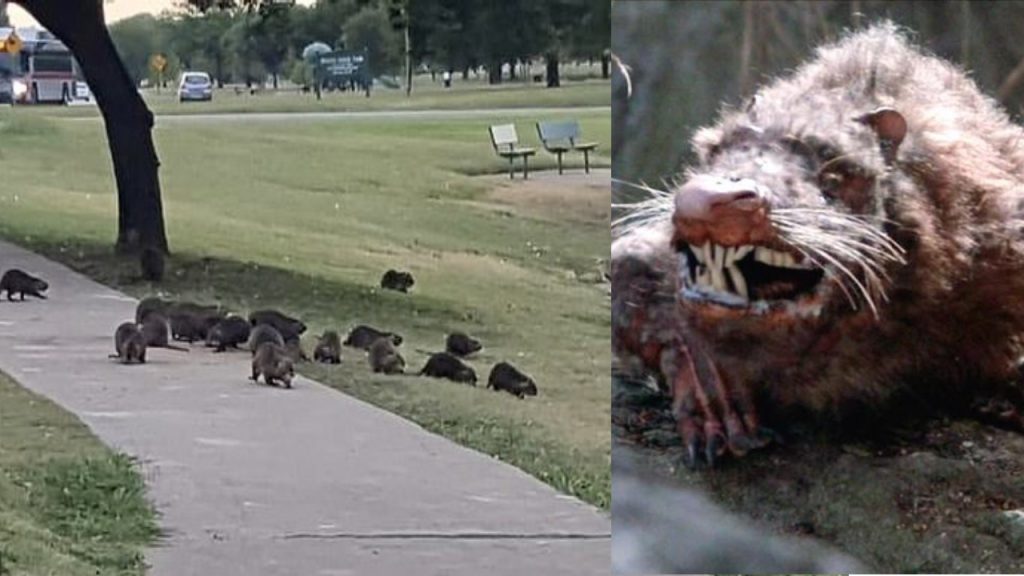 Texas is Now Battling an Infestation of R.O.U.S aka Swamp Rats

Giant Swamp Rats are appearing in Kraus Baker Park in Texas and residents of the area fear that they may contaminate the water and destroy the ecosystem. They are massive in size and are apparently feeding alongside the ducks. One video posted shows exactly how invasive they have been.

The problem now is that they are looking for funding to deal with the issue. California and Louisiana are already calling for millions from the U.S. government in order to deal with their own swamp rat populations.

Female Nutria can have babies starting from the age of 4-6 months old and they can produce up to three litters a year. Each litter can have anywhere from 2-13 young. These rats eat 25% of their bodyweight everyday. Since they are alongside a water source they are fearing that they will contaminate it with parasites.

Wildlife experts are asking the community not to feed them in hopes that they will leave the area naturally. If worst comes to worst however they may have to resort to more drastic measures to hopefully relocate them.