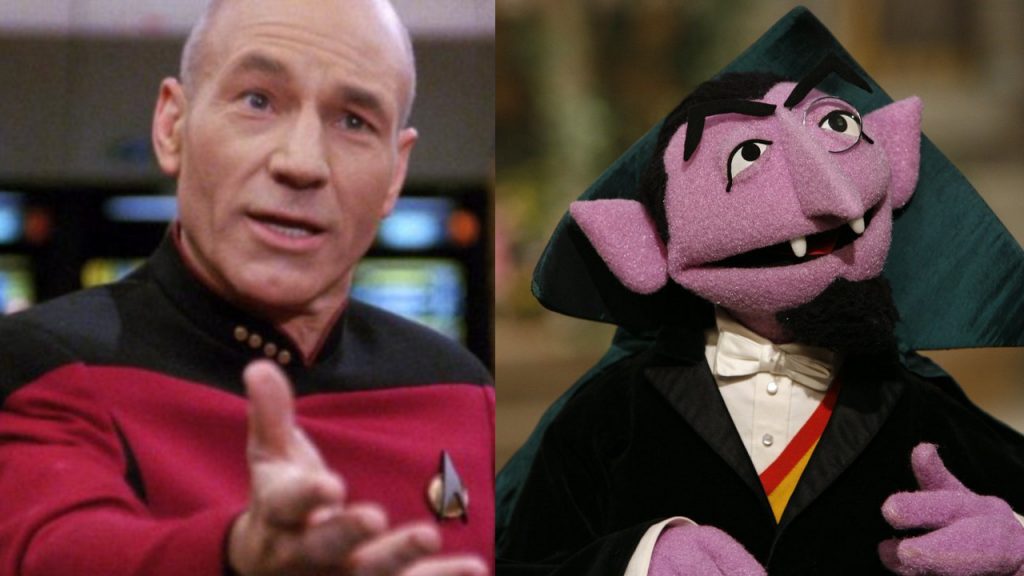 For years now Sesame Street has been a helpful tool in teaching kids everything from their numbers to ABC’s. And usually helping out for the day is a movie or television star that is familiar enough to resonate with audiences. Well thanks to a post by Laughing Squid we’ve found one of the best instances of a guest star possible. Sir Patrick Stewart! And in it he’s helping the count get number one into position by “Making it so”.

The clip itself comes from 1996 but it’s still good to look back on. It’s things like these that we really like to see and it tickles that certain nostalgia center in our brains. He’s also been on the show showcasing the letter B. Which guess what! Is my favorite letter!

This video in particular is fun for fans of Patrick Stewart because it also shows off his Shakespearean Theater chops.

What do you think of Patrick Stewart on Sesame Street? Did you watch the episode live as a kid?