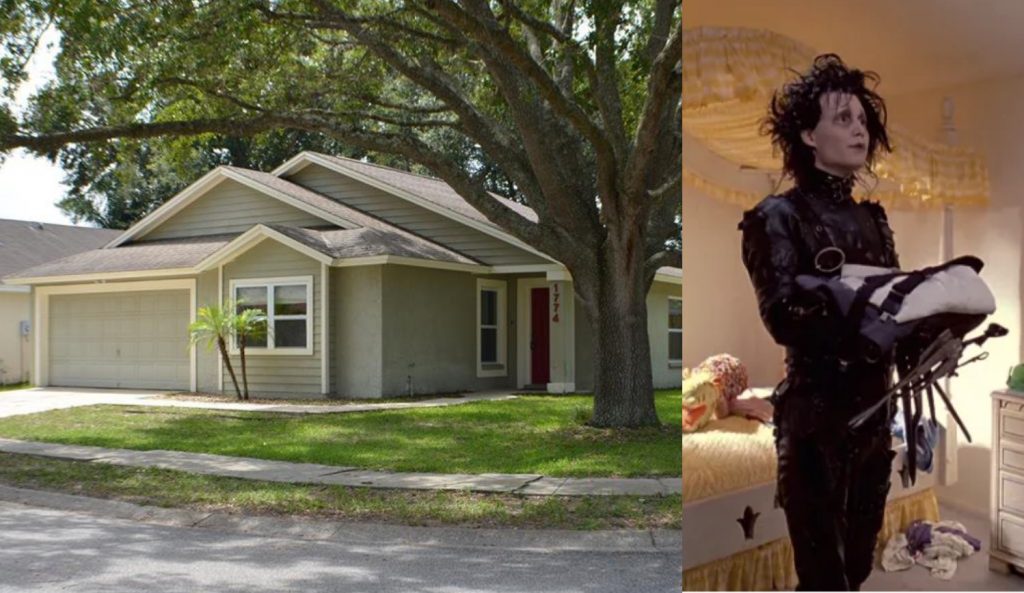 The “Edward Scissorhands” House is Up For Sale

There really is no movie like “Edward Scissorhands”. Enter a young Johnny Depp and Wynona Rider, a budding romance, misunderstood feelings and a Frankenstien-esque witch hunt and you have pretty much everything. Plus the ending is so very sad. At least to me anyway. Well before I ramble too much what if I told you that you could now live in the house that it was filmed in?

That’s right! The “Edward Scissorhands” house is now on the market for a mere $224,000. Which is way more affordable than the Golden Girls house that recently came up for sale at $3 Million.

Located at 1774 Tinsmith Circle, Lutz, FL 33559 the home has 3 bedrooms, 2 bathrooms and is 1,432 SqFt. Perfect for a single family house and even better for fans of the film. That is if you want to live in Florida. What’s neat is that since there has been no construction on the house that we can tell, the house looks almost exactly the same as in the film. The only difference is pretty much the paint colors.

If you are interested in the listing you can check it out at Sotheby’s International Realty’s website.