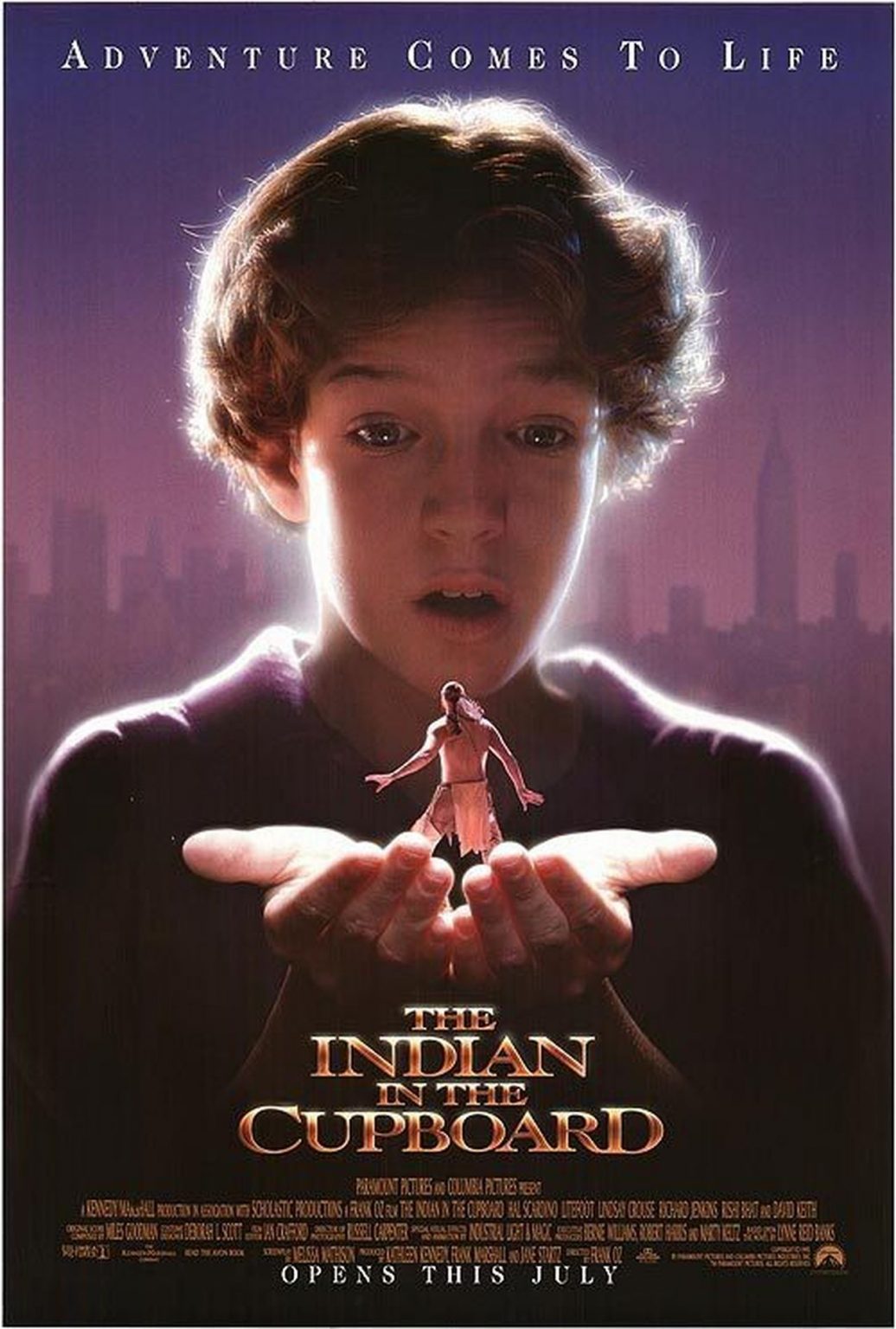 Nerdbot Cinema Reviews: “Indian in the Cupboard” Turns 25 This Month

As July comes to end, it seemed fitting to squeeze in one more review for the summer month. So, I’m rounding out the month with “Indian in the Cupboard.” If you’re over 30 years old, the book series was most certainly a childhood staple. To my surprise, the book series has 4 sequels spanning from the original in 1985 to 1998. With a series that covers two decades, you would be justified in thinking Hollywood would want to make a film for each book. Unfortunately, it grossed $35 million against a $45 million budget, making it a box office bomb despite positive reviews. “Indian in the Cupboard” sports some impressive visuals and great cameo performances, even if the story seems outdated today.

The film follows 9 year old Omri (Hal Scardino) who receives an old cupboard for his birthday. After finding a key with a red ribbon tied to it that belonged to his grandmother, Omri unlocks the cupboard and places a toy Indian figure inside. The next morning, he opens the cupboard to discover that the Indian has been brought to life. Known as Little Bear (Litefoot), Omri and the Little Bear begin a friendship as they learn about each others worlds through this strange magic. Things go awry when Omri’s friend Patrick (Rishi Bhat) places a cowboy in the cupboard, bringing to life Boohoo Boone (David Keith) who obviously has it out for Little Bear.

For its time, “Indian in the Cupboard” sports some impressive visuals that manage to hold up 25 years later. Blending practical effects with some movie magic, that contrasts of miniatures come to life against giant 9 year olds is impressive. There are very few moments where the special effects fail under scrutiny, but primarily hold up even through the modern eyes of today. A lot can be attributed to Frank Oz who served as the director for this film. Oz is well known for his visual abilities, serving as director on effects heavy films like “Muppets in Manhattan” and “Little Shop of Horrors.” Frank Oz and his team have a keen eye for bringing magic to life, and even 25 years later “Indian in the Cupboard” is another strong example of their visual successes.

At face value, “Indian in the Cupboard” holds up as a surface level children’s story about a boy and his magical cupboard. Beyond that however, the film seems to struggle to find its purpose. In its source material, the story is meant to teach Omri about his own stereotypes about American Indians. As he develops his friendship with Little Bear, he discovers the rich history of the Iroquois people, learning to see them as more than just a story in a history book. While the film attempts to convey this, it never quite gets to the true heart of discovery and prejudices.

Of course this is a film aimed at children, so it’s not necessarily surprising that themes of race aren’t put front and center. But by dancing around these issues, it inadvertently highlights some of the more insensitive aspects of the story. In the end, this causes everyone to become a stereotype instead of teaching the viewers (and Omri) how to not view people that way.

Dealing with child actors is always difficult and doesn’t always produce award winning performances. While there are exceptions, Hal Scardino and Rishi Bhat are not. While Scardino has his moments, he is mostly hard to watch, Bhat even more so. While they were nominated for their performances at the Youth in Film Awards, they are far from the most watchable part of the film and frankly don’t even deserve the nomination. Of course, I’m not a child anymore, so as an adult I may be too critical of them 25 years later. There are standout performances, though.

A very young Steve Coogan as medic soldier Tommy Atkins is a charming scene stealer, one who unfortunately doesn’t get nearly enough screen time. It’s clear that Coogan has always been a terrific actor, and his befuddled charm and expert comedic timing shine brighter than the rest here. Litefoot and David Keith are good too, but again fall victim to being stereotypes of their toy figures rather than fully developed and complex individuals. For Keith’s part, he’s clearly having a blast as an over the top, whiskey swigging cowboy.

While it tries to capture the heart and magic of the source material, it has as many successes as it does faults. For its visuals, the film surprisingly holds up well, capturing the magic of a child’s imagination watching their toys come to life. On this alone, the film could be enjoyed by children today. Likewise, the films face value story is a strong enough narrative to be enjoyed by young kids. Though the film struggles with its adults themes and can be noted for being somewhat careless with its subject matter, it ultimately isn’t made for me anymore. However, I’d be lying if I said it didn’t make wish I had a magical cupboard like Omri. I’ve got a few Batman figurines and I’d like to see what would happen if I brought the dark knight to life.

“Indian in the Cupboard” is currently streaming on HBOGo.