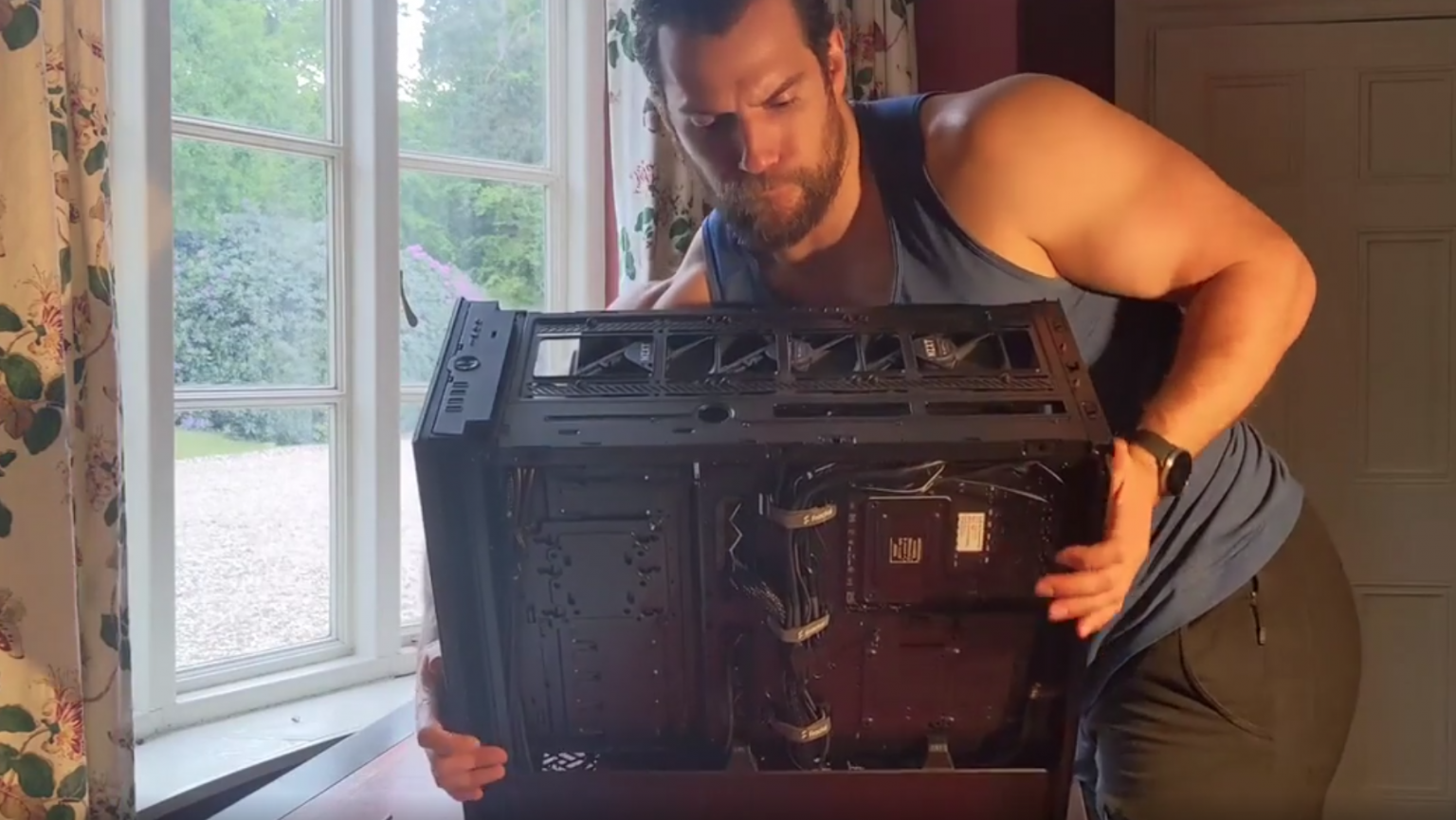 Here’s a Video of Henry Cavill Seductively Building a PC

If you wanted to start your morning with a hot cup of coffee and a video of Henry Cavill we’ve found just the one for you. Posted to his Instagram he’s made a video of himself building a PC for gaming. Surely he didn’t mean for it to come off so seductively but how can we not stare at his amazing muscles.

This kind of material isn’t for everyone.. viewer discrestion is advised. You may see a lot of parts that you haven’t before.

What he means by that of course are all the amazing parts going into his new gaming PC which from the looks of it is top of the line. The question on my mind is which games he will be playing. Recently he has gotten into Warhammer so that tells us he loves fantasy. So I would guess that he could be playing WoW, LoL or any of the other popular MMORPGs out there.

He could also be getting ready for his role in the Witcher by playing some of the older games since filming starts next month. Whatever the case may be let’s hope he tells us so we can all hop in game and pretend we’re playing right alongside him.