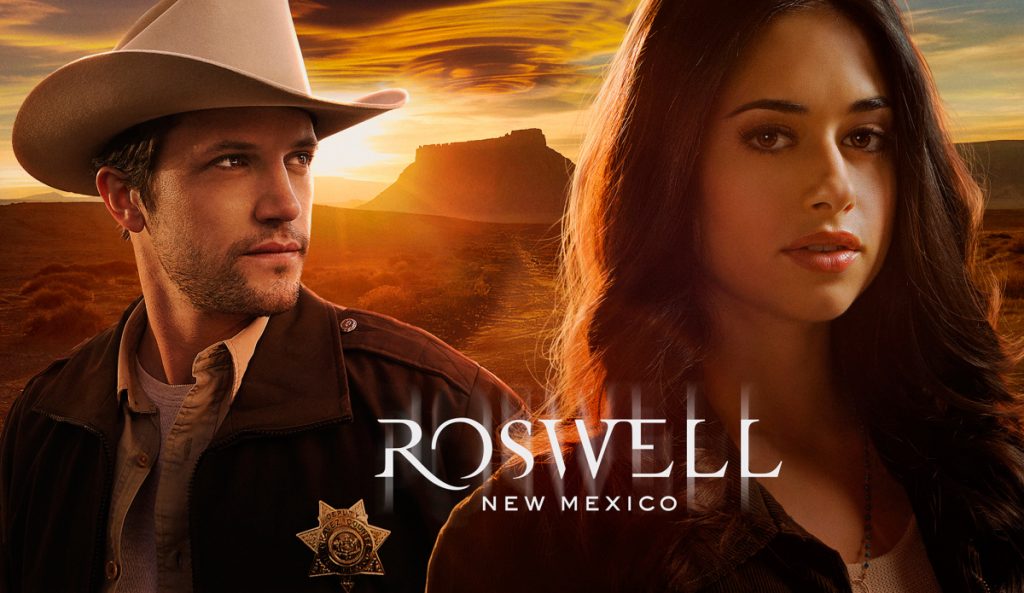 According to former “Roswell, New Mexico” reboot showrunner Carina Adly MacKenzie, UK affiliate ITV decided to cut a “pretty tame” same-sex love scene between two men, but kept a “raunchy” heterosexual scene in the episode. Last month, MacKenzie tweeted her unhappiness and surprise about the cut, going so far as to accuse the network of homophobia.

MacKenzie has since departed her position as showrunner on the series, which The CW renewed for a third season.

According to The Hollywood Reporter, a source indicates that Warner Bros. Television had to do “damage control” with a foreign distributor, possibly leading to even more tension between the first time showrunner and the parent company.

The outlet goes on to share a statement from an ITV spokesperson, stating:

“During our compliance process on episode two, we edited love scenes featuring the characters of Alex and Michael and Max and Jenna,” said the rep. “Editing is only ever undertaken to ensure content is suitable for scheduling in a pre watershed time slot when younger age groups may be watching. Scenes involving sexual content were edited in keeping with the regulator, Ofcom’s, guidelines.”

There was also this from a Warner Bros. Television spokesperson, which read:

“Carina Adly MacKenzie has departed as executive producer/co-showrunner of Roswell, New Mexico. The third season of the series will return to The CW as part of the network’s 2021 midseason lineup.”

And MacKenzie had this to say (publicly) in a statement to THR:

“I have made the difficult decision to resign from my role on Roswell, New Mexico. I do not take this decision lightly, but ultimately due to fundamental differences, I must depart and entrust Roswell, New Mexico to capable hands. I am so proud of what we built over the last two years, and I believe in the heart and soul of the show: asking tough questions, striving to make the world better, amplifying marginalized voices, and fighting the good fight.”

There’s a lot to take in here. There have been unconfirmed reports of tension on set between MacKenzie and the series stars, but nothing substantial.

Sources also indicate that MacKenzie no longer as any kind of deal or contract with The CW following her leaving “Roswell, New Mexico.”

We’ll let you know what else we hear about this story.