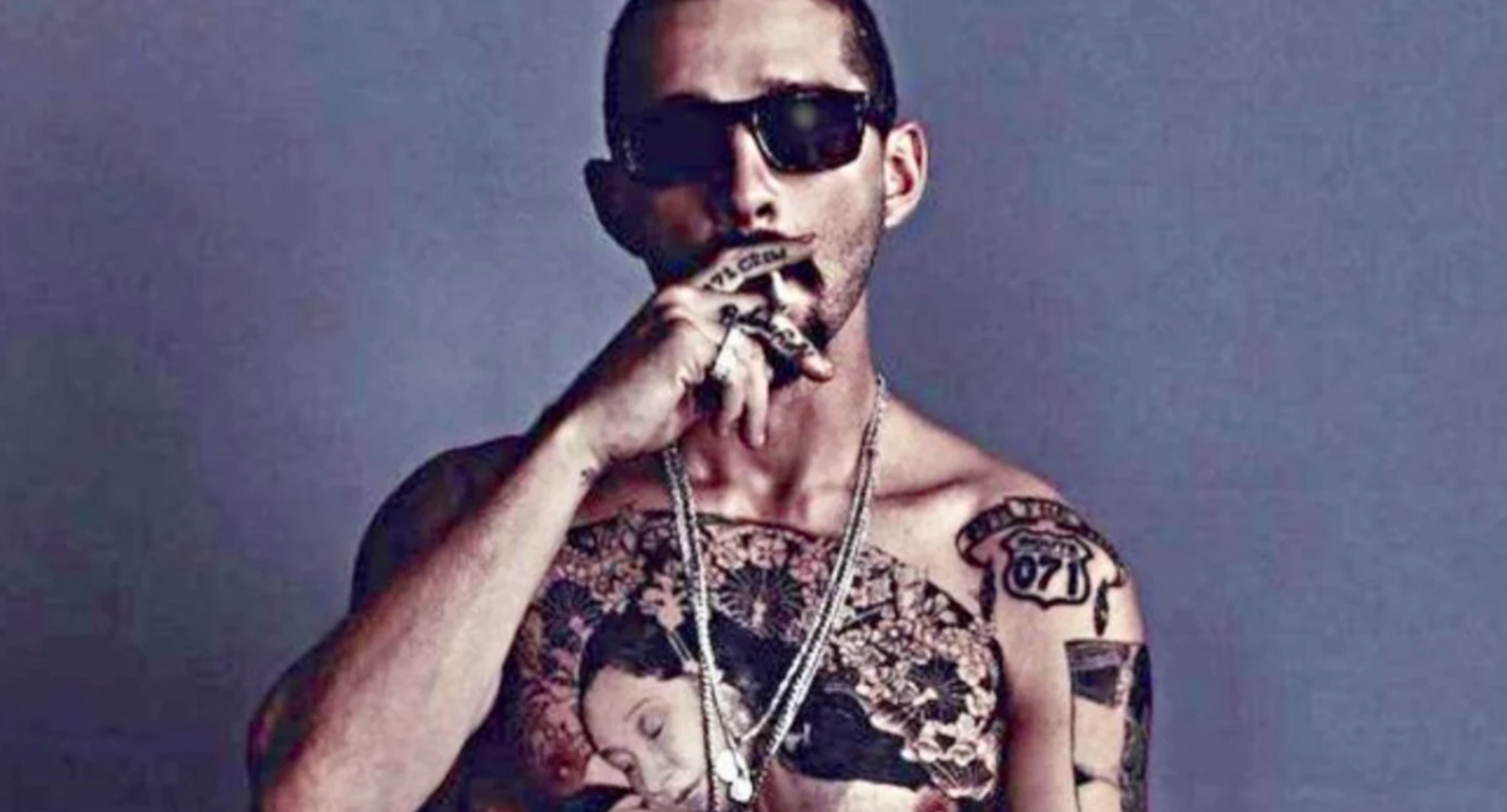 If you want to talk about dedication for a role then there’s really nothing more permanent than getting full chest tattoos. Shia LeBeouf has done just that in preparation for his role in David Ayer‘s film “Tax Collector.” He’s gotten an array of interesting choices on him now from a beautiful maiden to a mime and the words “CREEPER.” You can see the full work in the image below.

Shia LeBeouf never been one to shy away from his roles and seems to put everything he has into them. Even when they are poorly received he tends to have a good spirit about it. He’s also been deeply apologetic when he does mess up. Whether or not this will be seen as a major screw up will depend on how well the movie is received. And LeBeouf deserves a win because most of his moves recently have not been taken well. Of course the last one I remember is “Indiana Jones and the Crystal Skull“…

It’s weird to see him all tatted up like this to be honest because a lot of us grew up watching him on “Even Stevens” and in “Holes.” But hey people grow up. It’s my thinking that he must really believe in this role if he’s willing to commit so hard to it. He could have just had an artist in makeup draw on him but he decided to go all the way with it. Though he probably still had to get directors approval for what went on his chest for the film.

What do you think of Shia LeBeouf’s new tattoos? Tell us in the comments!