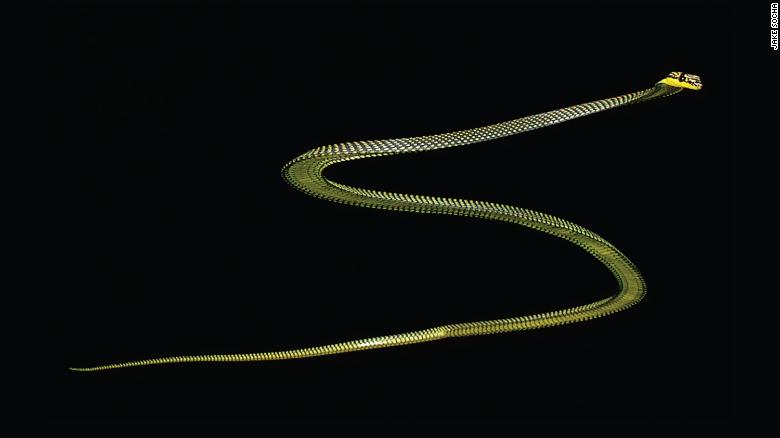 Scientists Finally Know How Tree Snakes “Fly” Through The Air

Now this one is a bit hard to swallow, only because these articles keep going around calling them flying snakes. But really to me they are just “Falling with Style”. But if the researchers and scientists call it a flying snake who am I to argue?

Chrysopelea paradisi — the paradise tree snake falls through the air with an undulating motion making it appear they are flying. Researchers are now saying that they do this as a base motion like a snake moves on the ground. They primarily live in South and Southeast Asia.

We now know much more about why they glide through the air thanks to researcher Jake Socha at Virginia Tech. He has been studying snakes for the last 20 years and thanks to him we have a lot more to go on.

One guess as to why they do this was that it was a base motor pattern for snakes built in over millions of years, study lead author Isaac Yeaton said they now understand the undulation stabilizes the glide and stops the snake from tumbling, as well as allowing them to cover more horizontal distance.

The next step is to observe how they can lift up in the air while they undulate by using the outside environment. It could be that they use wind currents and can detect which way they need to move their body to glide upwards. Either way they are much closer to knowing the exact mechanics of how and why they slither through the air instead of just dropping down. It is also to make their landing much smoother than if they were to just drop which is what scientists are predicting to be a learned mechanism.

The full research was published in the journal Nature Physics.