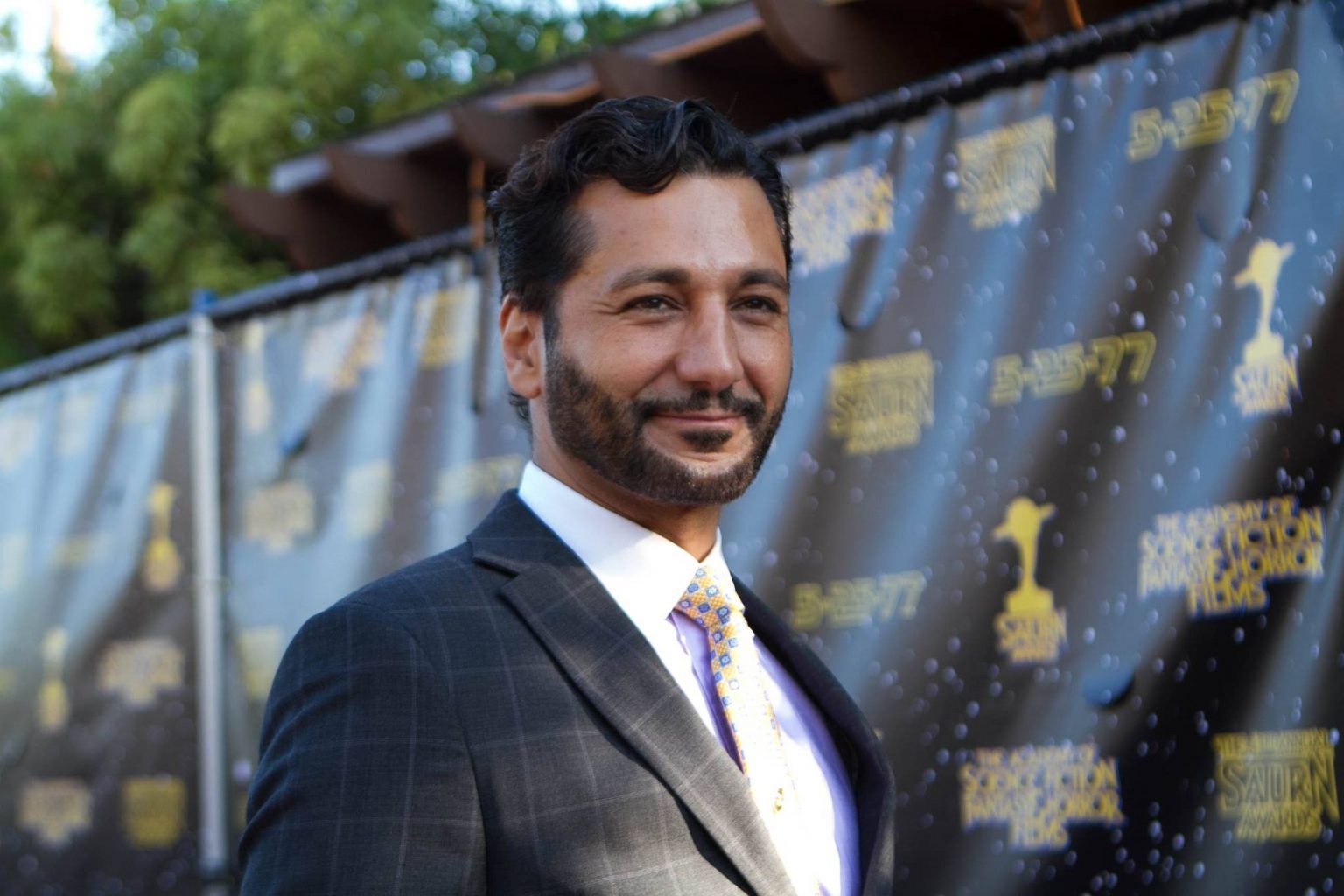 Writing about these kinds of accusations is never an easy thing, and if you do not want to continue reading, we will understand completely. That said- Amazon’s rescued SYFY series “The Expanse” star Cas Anvar has been accused, by multiple women, of various levels of harassment, both in person and digitally.

Anvar has also had a long history with Ubisoft’s “Assassin’s Creed” franchise.

These stories were revealed on Twitter by various users.

The “garbage” Twitter user Lorena is referring to is Ubisoft Brand Manager Adrien Gbingnie aka Escoblades, who had been accused earlier in the week of using his position within the company to take advantage of multiple women. Gbingnie had responded to the accusations in a post on Medium that has since been removed from the site.

We reached out to Ashley Troub (“Ghost Hunters”) and she was kind enough to offer the following comments:

“I gave him the chance to change, and he still gaslit me in the apology. And thats one of the reasons I felt like I could go forward with my story. I held it in for years for fear of being blacklisted in the industry. And I wound up going public instead?

I DO want him to change, and learn, and grow. I believe that people are capable of this if they drop their ego and LISTEN to victims. If he is willing to work on being a better man, I am willing to forgive him.

Cancel culture is rough when many of these people aren’t given the chance to truly go to therapy and work on themselves. I hope he takes this as an opportunity to be better.”

Troub had also shared this story, from a person who would like to remain anonymous.

I am sharing this post anonymously for someone who would like their voice to be heard about Cas Anvar.

“Because he and I had a very long “friendship” these things would oscillate. On multiple occasions when we planned to hang out, he’d invite me over, I’d get there thinking we were going to walk somewhere and get dinner or something.
But he’d give me the code to the front gate of the building and say “I don’t just give ANYBODY the code.”
So I’d go in then knock on his door and he’d tell me that the door is unlocked and to come In.

One time, I was trying to get together to have a talk with him about how I needed to cool it on hanging out so much especially since what he wanted and what I wanted were two different things. We had not slept together but he had tried a few times telling me that I was “a strong independent woman who deserved to have whoever I wanted.” And that “My body definitely wanted it.”

On this occasion, I specifically asked if we could get a coffee at a nearby place.
So I was pretty unhappy when he called me to walk to his room. I reluctantly walked in and found him lying in his bed nude. He tried to get me to join him and when I wouldn’t he got really angry.

I was in an emotional place recovering from something before meeting him. And I didn’t know how to stand up for myself. So I sat down and tried to make sure he wasn’t mad at me and didn’t feel bad about himself before I left. I wish I could remember what he said to me exactly but it was always in the realm of why we should be sleeping together and how he was a “Lion” and couldn’t be contained with just one woman. And that I should be the same way.

Another time he was in the shower when I arrived which was not what I had been expecting, either.

He asked me to come in the bathroom. I didn’t really want to but I peeked my head in to say hi. You’d think I’d know better by now.

He was pleasuring himself in the shower and when I said I wouldn’t join him he asked me to take off my top and show him “at least.” These things were happening when we had not been very intimate with one another at all.

It was like he was trying to force it on me.”

“The Expanse” author(s) James S. A. Corey [pen name used by duo Daniel Abraham and Ty Franck, writers of the book series and tv series] have posted to their personal Twitter account that an independent investigation is underway to look into these accusations against Anvar.

Corey also shared a statement from “The Expanse” actor Stephen Straight, who doesn’t use social media.

“The Expanse” producer Daniel Abraham also tweeted about the situation.

UPDATE as of Monday, June 29th per Deadline:

Anvar on Monday morning issued a statement regarding the independent investigation into sexual misconduct allegations that was launched by series studio Alcon Entertainment. “I welcome the independent investigation, respect that the women who have come forward should be heard, and will make myself fully available to participate in the process as appropriate so that I may refute these very serious claims that strike at the core of what I value,” he said.

UPDATE as of Friday, July 3rd. This is a thread posted on Twitter by E.J. De la Peña, filmmaker and CEO of entertainment production company, Cowboy Errant. De la Peña shared a story from Jesse Foudray, who co-starred with Anvar in “Nobility,” a crowd-funded science fiction series.

You can read the thread below, which we have included the first tweet from, and the subsequent subtweets as text:

“I want to thank Jesse for her courage in speaking out. Even in the post #MeToo era, there’s still a lot of work that needs to be done and speaking out against an abuser, who is all too often in a position of authority, is still a huge risk. Especially if you’re a woman. 2/9

Shortly after Nobility wrapped, I began to hear rumors that Cas had been sexually inappropriate toward some of the women in the cast. I’ve always taken this kind of thing very seriously and so I began to talk to some of the people included in these rumors. 3/9

This brought me to Jesse who, to my dismay, confirmed what I had been told. To say I was livid that Cas behaved in such a disgusting manner would have been an understatement. 4/9

At this point, I encouraged Jesse to come forward and made it clear that she’d have my support in doing so. However, she, at the time, decided that the best course of action was to remain quiet and just move on. 5/9

Which, considering that this was before the #MeToo movement, I can’t say I blame her. So, that being the case, I felt it was my responsibility to support Jesse in however she decided to handle the situation and I honored her wishes by also staying quiet. 6/9

But now that Jesse has spoken out publicly, I feel I have a duty, as someone who was & is in a position of authority on this and other projects, to support her as she stands up not just for herself, but in support of all the other women who have come forward in this matter. 7/9

To the rest of the women speaking out, I hear and believe you as well. And I stand ready to support you. Even if all that means is doing what I can to end the culture of violence and predation in my small corner of this industry. 9/9

We will keep you appraised of this situation as additional official details and information become available.