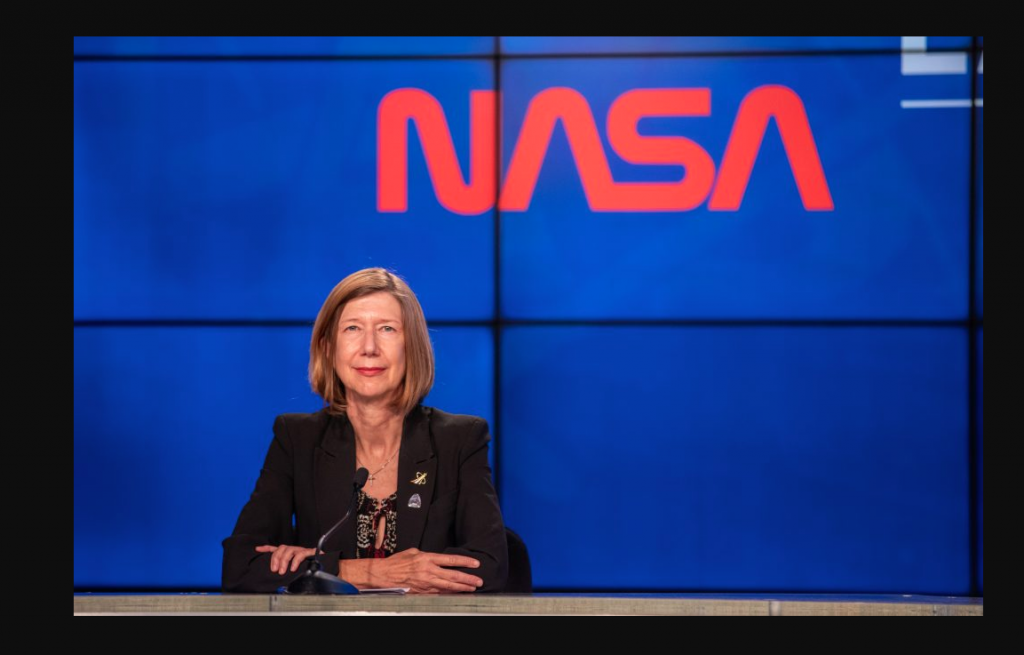 NASA's Kathy Lueders sits at dais during a news briefing at Kennedy Space Center on May 30, 2020, following the launch of SpaceX's Demo-2 mission to the International Space Station. Kim Shiflett/NASA
News

We are so delighted to share the news that NASA has for the first time in their history, named a female head of Human Exploration and Operations Mission Directorate, Kathy Lueders. They also have announced plans to rename their Washington DC headquarters, to honor first African American female engineer at NASA Mary W. Jackson.

These are absolutely wonderful announcements!

Lueders began working with NASA at the White Sands Test Facility in New Mexico in 1992, where she was only the second woman to work at testing facility. Managing the Shuttle Orbital Maneuvering System and Reaction Control Systems Depot, she went on to work at NASA’s International Space Station (ISS) program where she helped coordinate robotic cargo shipments to the ISS as a transportation integration manager.

Since 2014, she’s served as the Commercial Crew Manager, overseeing NASA grants to organizations like Boeing and SpaceX, and ensured that proposed craft would meet all of NASA’s requirements for manned flight. She also recently oversaw the historic SpaceX American astronaut launch last month. “You can never sell this NASA and SpaceX team short,” she declared. “They’ve accomplished miracles for me.”

This is a timely appointment, as the previous Head of Manned Space Flight for NASA suddenly and mysteriously resigned the week before the SpaceX launch.

In 2019, after a bipartisan bill by Senators Ted Cruz, Ed Markey, John Thune, and Bill Nelson made its way through Congress, the portion of E Street SW in front of NASA Headquarters was renamed ‘Hidden Figures Way.’ Jackson was also posthumously awarded the Congressional Gold Medal in 2019.

NASA Administrator Jim Bridenstine had this to say about the announcement:

“Mary W. Jackson was part of a group of very important women who helped NASA succeed in getting American astronauts into space. Mary never accepted the status quo, she helped break barriers and open opportunities for African Americans and women in the field of engineering and technology. Today, we proudly announce the Mary W. Jackson NASA Headquarters building. It appropriately sits on ‘Hidden Figures Way,’ a reminder that Mary is one of many incredible and talented professionals in NASA’s history who contributed to this agency’s success. Hidden no more, we will continue to recognize the contributions of women, African Americans, and people of all backgrounds who have made NASA’s successful history of exploration possible.”

“We are honored that NASA continues to celebrate the legacy of our mother and grandmother Mary W. Jackson,” said Carolyn Lewis, Mary’s daughter. “She was a scientist, humanitarian, wife, mother, and trailblazer who paved the way for thousands of others to succeed, not only at NASA, but throughout this nation.”

You can read more about the news on NASA’s official website here.