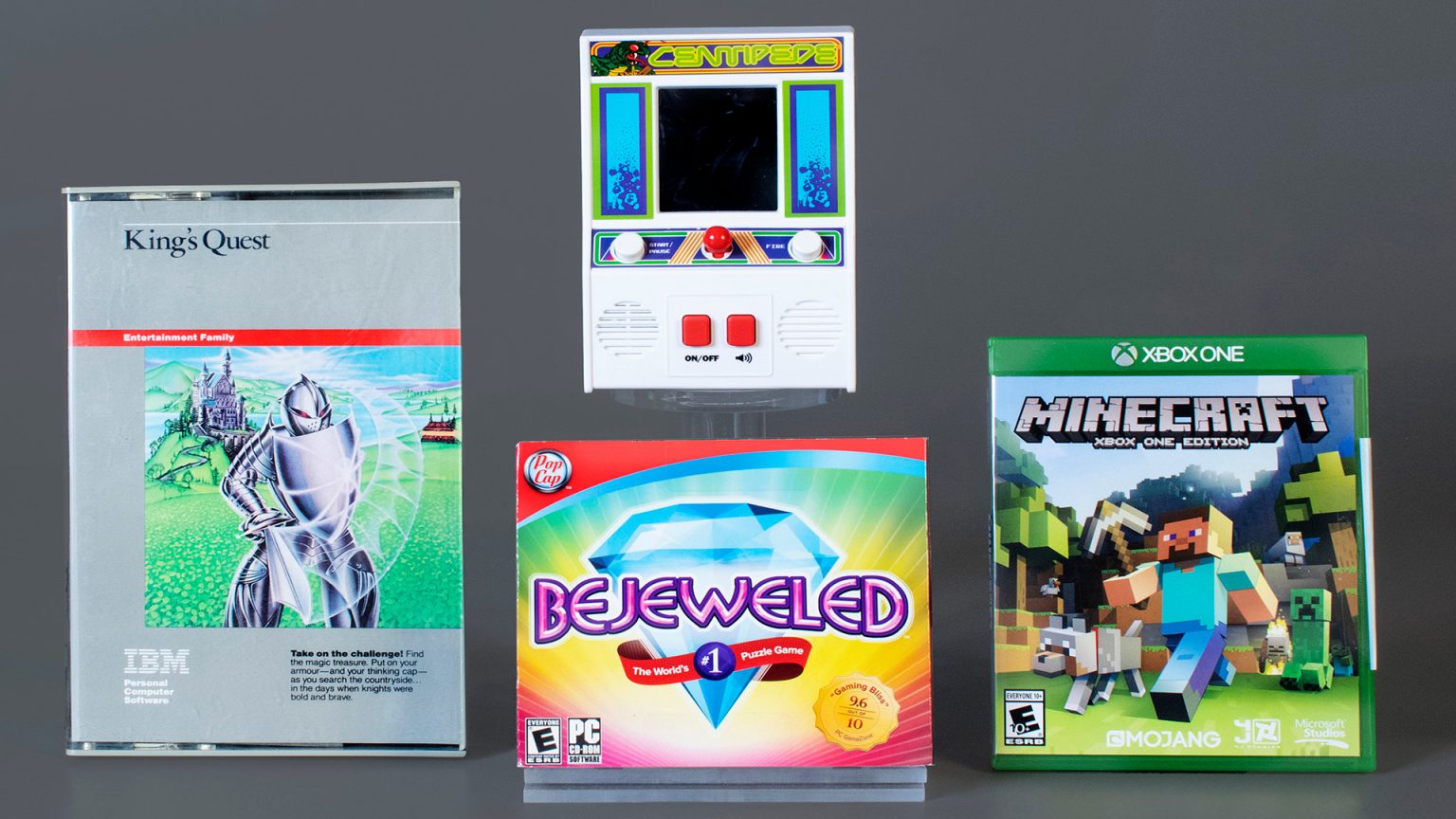 Four new games have just become official members of the the World Video Game Hall of Fame. “Bejeweled,” “King’s Quest,” “Centipede” and “Minecraft” have all risen above the other nominations to become 2020’s official inductees.

The World Video Game Hall of Fame is located in Rochester, New York as part of the Strong Museum. Anyone can nominate a game for the Hall of Fame. However, final selections are made “on the advice of the Player’s Choice ballot and an international Selection Advisory Committee composed of journalists, scholars, and other individuals familiar with the history of video games and their role in society.”

In previous years, inducted games have included “Final Fantasy VII,” “Tomb Raider,” “The Oregon Trail,” “The Legend of Zelda,” “Pokemon Red and Green,” and “Halo: Combat Evolved.” For a game to be considered, it must fulfill the below criteria:

“Icon-status: the game is widely recognized and remembered

Longevity: the game is more than a passing fad and has enjoyed popularity over time

Geographical reach: the game meets the above criteria across international boundaries

Influence: the game has exerted significant influence on the design and development of other games, on other forms of entertainment, or on popular culture and society in general.”

The four winners fulfilled these criteria and went on to a final selection where they competed with eight other potential inductees. The competition included titles such as “Frogger,” “Nokia Snake,” “Super Smash Bros. Melee” and “Uncharted 2.” It took three long months for the winners to be selected. Now, these four titles will sit alongside many of the greats throughout gaming history. They will serve as symbols of the influence and importance of games in our culture and history. So congratulations to all of the developers and publishers who worked so hard to bring these titles into the world!