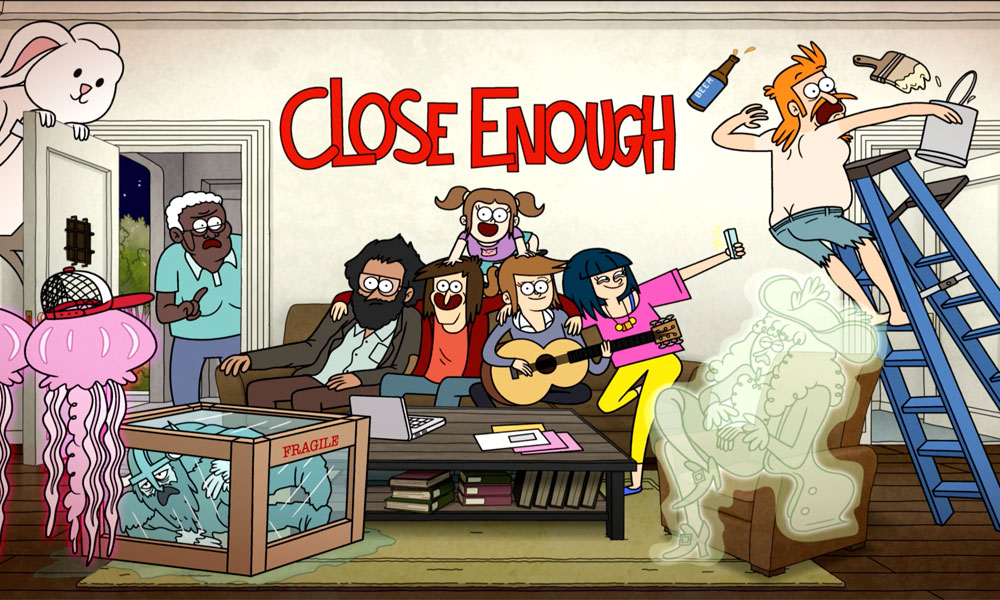 New Adult Cartoon Coming From the Creator of “Regular Show”

While Regular Show was a huge hit with people my age on Cartoon Network it did leave a lot to be desired. Between the “My Mom” jokes and the crazy shenanigans the episodes were a little too repetitive. But I was also a bit older when my husband and I started watching it. Luckily though JG Quintel is coming out with another cartoon on HBO Max. And this time it’s a hold no punches type story. Close Enough is coming and the subjects being joked about are very clear in this new trailer.

Now that a lot of us are older and have kids this is going to be a great treat. And it’s a lot of stuff that we’ve unfortunately dealt with. It’s always best to joke about things and this is going to be fun to watch. And it looks a lot lighter than F is for Family on Netflix. Which gets a little too dark in places.

Originally it was being made for TBS when they had an active lineup of cartoons slated for 2017. But unfortunately it quietly faded away into the abyss. It’s all about timing though and now seems like the perfect time to joke about “juggling the everyday challenges of parenthood, friendships, ham theft, stripper clowns, and choosing the right daycare.” Especially since the world is on fire.

Here’s the episode synopsis for episode one:

Emily is diagnosed with being stressed, so Bridgette takes her out to calm her nerves. Josh, Alex and Candice head out to finish her list of chores, the last of which is getting ham. They learn that the meat distributor Wurst Bros. have been scamming everyone and they head to the factory to get some ham. Emily meets Candice’s teacher who tells her to be calm and that the best way to get rid of stress is to do what she wants and runs around town trying to vent. Josh, Alex and Candice escape the Wurst Bros. and steal some ham, but encounter some clowns that Alex owed money to. Josh bets their own lives and challenges them to his video game creation Ladder World. Emily arrives in time to help Josh defeat the clowns and the Wurst Bros. and they leave them in peace. Bridgette hooks up with one of the clowns.