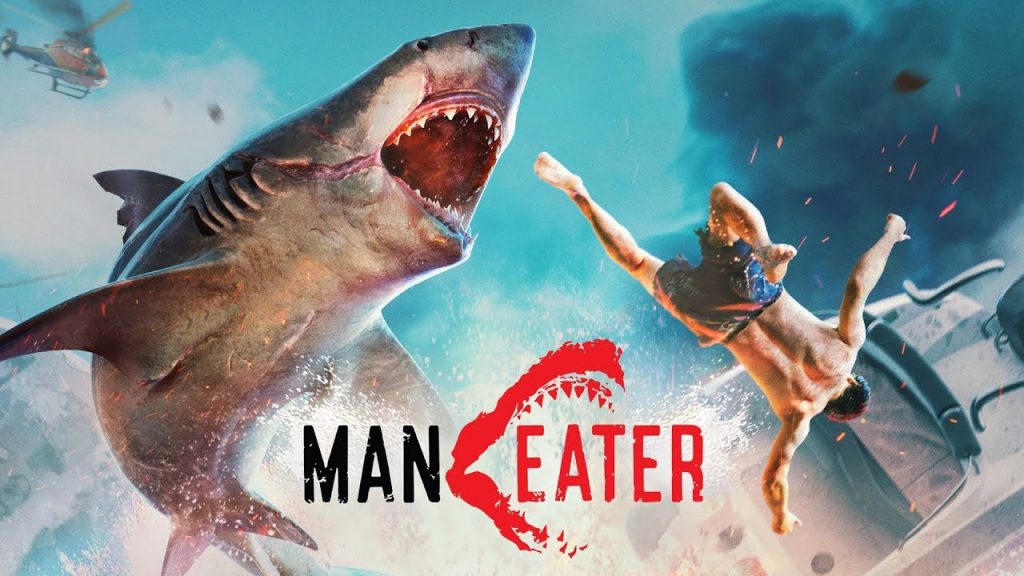 Humans have always had a morbid fascination with sharks, the ultimate apex predators of the sea. There is evidence to prove that these toothy creatures are immortal, and can grow to the size of a double-decker bus, making them perfect fodder for action movies and games.

However, despite our apparent terror of these mysterious creatures, it’s clear where the real threat lies. While sharks killed an estimated five people around the globe last year, around 100 million sharks were killed by humans, an equivalent to 11,416 every single hour.

This disparity certainly drives the logic and the tongue-in-cheek humor behind Maneater, the recent action game from Tripwire that was released on PC, Xbox, and PlayStation in May. Set from a third-person point of view, the player assumes the role of a young bull shark cruising in the Gulf of Mexico, whose mission is to get glorious, bloody revenge on the humans responsible for killing their mother.

As the game progresses, it becomes clear that you are taking revenge on behalf of all sharks, attacking the greedy, self-absorbed, and the inherently violent human race for their misdeeds against your species. With such a clearly original premise, let’s take a closer look at whether Maneater delivers in this in-depth review.

First off, it is worth situating Maneater within its canon. Sharks have been providing humans with popular entertainment for decades. Steven Spielberg’s 1975 horror film Jaws arguably represents the moment that sharks truly burst into the public consciousness as a form of entertainment. Since then, the market for shark-related content has proliferated.

Jaws went on to spawn three sequels of questionable quality, while Hollywood continued to supply shark content in the form of blockbuster films such as Meg and Sharknado. In the world of gaming, the fascination with sharks is clearly just as strong as it has always been.

There are several Jaws video games, as well as copycat titles such as the Hungry Shark franchise, while the creatures feature prominently in hit games such as Assassin’s Creed: Origins and Grand Theft Auto V. Even in the world of online gambling, sharks sell. The global casino platform VegasSlotsOnline has its own 5-reel slot titled Captain Shark, in which players must face off against a great white in order to reach the treasure at the bottom of the ocean.

What makes Maneater stand out is the way in which it flips the narrative, positioning the shark as the plucky protagonist and the entirety of humankind as the insidious supervillain. The game manages to convey this message without being preachy, with the whole thing being one of the cheekiest, most over-the-top and ridiculously camp titles to hit the shelves in years.

Much of the early stages of the game sees you submerged beneath the ocean, hunting underwater prey and fending off competition from predators. The movement dynamics are fast-paced and fluid, which makes swimming through the meticulously constructed underwater world a true pleasure.

The more challenging combat dynamics come when you have to fight-off “boss level” predators, such as comically oversized and buff-looking great whites. To fight effectively in this game, timing is absolutely everything. Unfortunately, there isn’t really much to the combat beyond “bite and try not to get bitten”.

You won’t find any fighting combos or the like. Rather, you simply have to time your button-mashing so that you can bite the soft spots on your rival sharks. Once you progress to the later stages of the game, things start to get interesting, as your revenge mission against the professional shark hunter that killed your mother begins to take shape.

In between bouts with ‘Scaly Pete’, the game is structured in the form of collectible style missions, such as eating 12 humans on a nearby pier or capsizing three yachts full of tourists. However, killing humans will also give you a GTA-style ‘wanted level’, which will cause the world around you to become increasingly hostile in their attempts to wipe you out.

While there is certainly nothing sophisticated about the gameplay or plot, this type of title is exactly the kind of good-humored escapism that we need in 2020. In addition, it contains a vital message that will certainly speak to the environmentalists among us, something which most games sorely lack.