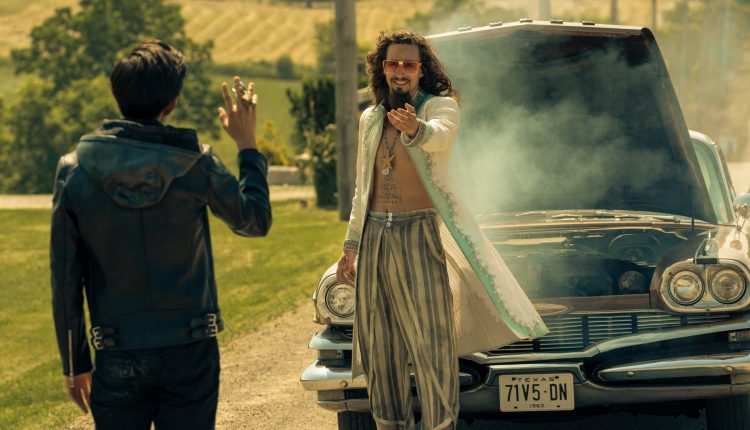 We cannot WAIT for season 2 of Netflix series “The Umbrella Academy” to hit later this summer! My Chemical Romance’s Gerard Way wrote the source material comic book, and Gabriel Bá (Daytripper) was the artist for the title which Netflix adapted into a pretty fabulous tv show.

Things were a little crazy to say the least at the end of season 1, and the Hargreaves family found themselves in a completely different time.

This set of photos released gives us a good tease of what’s to come in the upcoming sophomore season!

[All photos by CHRISTOS KALOHORIDIS for NETFLIX]

Stars Ellen Page, Tom Hopper, David Castañeda, Robert Sheehan, Emmy Raver-Lampman, and Justin H. Min are all set to return for season 2, and Entertainment Weekly had the inside knowledge of new faces joining. There’s Texas housewife Sissy, played by Marin Ireland; Lila, a “chameleon” who is as brilliant as she is insane played by Ritu Arya; and Raymond, a devoted husband and natural-born leader played by Yusuf Gatewood. We’ll also be meeting three Swedish assassins played by Tom Sinclair, Kris Holden-Ried, and Jason Bryden.

The official synopsis for “The Umbrella Academy” season 2:

Five warned his family (so, so many times) that using his powers to escape from Vanya’s 2019 apocalypse was risky. Well, he was right – the time jump scatters the siblings in time in and around Dallas, Texas. Over a three year period. Starting in 1960. Some, having been stuck in the past for years, have built lives and moved on, certain they’re the only ones who survived. Five is the last to land, smack dab in the middle of a nuclear doomsday, which – spoiler alert! – turns out is a result of the group’s disruption of the timeline (déjà vu, anyone?). Now the Umbrella Academy must find a way to reunite, figure out what caused doomsday, put a stop to it, and return to the present timeline to stop that other apocalypse. All while being hunted by a trio of ruthless Swedish assassins. But seriously, no pressure or anything.