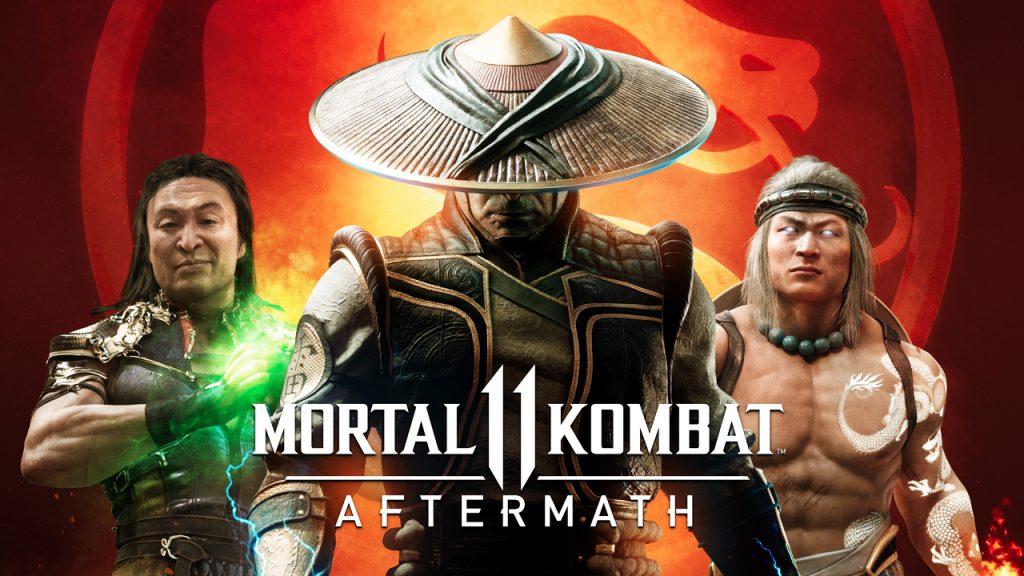 When it comes to video games, fighting games have a unique shelf life. Unless you are a fan of online play and tournament style competitions, there isn’t much left once the story mode has been complete. Outside of get togethers or a need to throw a spike into someone’s face after a bad day, fighting games can grow stale quickly. While I don’t consider myself a bad player, I am nowhere near the level of competition that exists in the online community. Because of this, once the story mode in a fighting game is complete, it tends to fall very low on the playable queue.

This is why Mortal Kombat 11 “Aftermath” is breath of fresh air for the game. With a new 6 chapter storyline and 5 new playable characters including Robocop, MK 11 has found a way to stay fresh and extend their longevity in the gaming world. Serving as an epilogue to the original story, it picks up right where it left off. After Lui Kang defeats Kronika, Shang Tsung appears from the Void to reveal that their victory is not complete. Lui Kang destroyed the crown (the source of Kronika’s power) and will not be able to reset time. Shang Tsung suggests heading into the past to capture her crown before she can wield it in their current timeline.

It is a fun return to the world, and the developers haven’t missed a beat in their visuals or storytelling capabilities. The best addition to the game’s new story is Cary-Hiroyuki Tagawa returning as Shang Tsung both in voice and likeness.

There are few things more entertaining than watching him quietly scheme his way through the chapters, and Tagawa has one of the best mischievous grins ever rendered. We know Shang Tsung is not to be trusted, and that fact allows the story to move forward with terrific anticipation. We know he’s going to betray our heroes, but how? What is his endgame? While the overall story is pretty familiar for the Mortal Kombat series, the payoff is still satisfying.

Aside from the devilish grins of Tagawa, the story also allows you play most of the new characters including many of the villains in the story. Sheeva, Sindel, Nightwolf and Fujin are all new additions that get plenty of play in story mode. Without spoiling what lies ahead, we spend much of our time playing predominantly villain characters in the MK lore.

This is a fun departure from the previous story mode, as we typically spend much of our time squaring off against these types of characters. It’s refreshing to play as a titular villain like Shang Tsung. There are even a few battles where you’re forced to fight some of your favorite heroes, causing you to almost feel bad that you have to beat them to a pulp to advance in the game.

While the story is a lot of fun, it is relatively short. In addition, some players may have already purchased the Character DLC packs, making the new characters not worth the price of admission. It becomes hard to justify spending close to the price of a new game for approximately 3 hours of new story with characters you have already experienced. While adding finishers like Friendship may entice some players, everything new the game has to offer may not be enough to start pulling out your wallets. Even for myself who enjoyed the new story and characters immensely, I am still on the fence as to whether or not it was worth the cost.

All in all, MK 11 Aftermath is a refreshing return to a beloved franchise, adding new characters, finishes and a compelling story to keep the game fresh. Being able to use most of the new characters in the story mode further validates their inclusion and gives players the ability to use them purposefully. Whether or not the content is worth the cost is difficult to say. It depends on the player and whether or not returning to the world is worth it. For many, it may not be. However, I do believe that more fighting games should take notes, as this is by far the most innovative way to extend MK 11’s staying power.

In the end, it still suffers from a short shelf life since there isn’t much left after the new story is complete. We can’t exactly host an MK 11 Aftermath party right now, so testing your might with new characters with your friends isn’t a feasible way to squeeze extra play time out of the game.

If you are looking for a way to kill a little bit of time and have the financial means to do so, MK 11 Aftermath could be worth checking out. It isn’t a must-have, and the cost at launch is steep, but if you do decide to travel to Outworld again you’ll certainly have a good time.