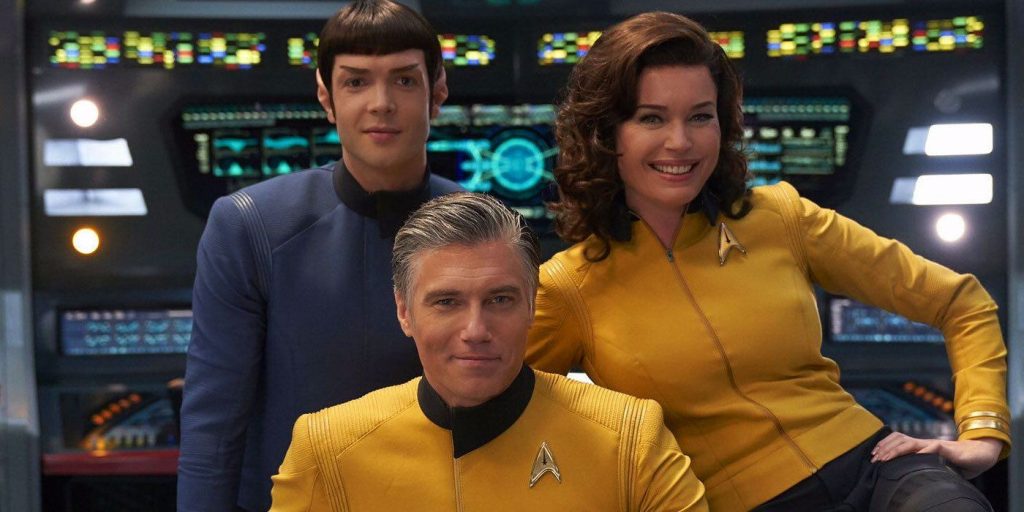 We are so absolutely thrilled to announced the news that CBS ALL ACCESS is going ahead full with a “Star Trek” spinoff series centering around Anson Mount‘s Captain Christopher Pike, Rebecca Romijn‘s Number One, and Ethan Peck‘s Mr. Spock.

Confirmed just this morning, “Star Trek: Strange New Worlds” will pick up with Captain Pike, Number One, and Spock aboard the Starship Enterprise.

“Fans fell in love with Anson Mount, Rebecca Romijn and Ethan Peck’s portrayals of these iconic characters when they were first introduced on ‘Star Trek: Discovery’ last season. This new series will be a perfect complement to the franchise, bringing a whole new perspective and series of adventures to ‘Star Trek.’”

“This is a dream come true, literally,” Goldsman said of the news. “I have imagined myself on the bridge of the Enterprise since the early 1970s. I’m honored to be a part of this continuing journey along with Alex, Henry and the fine folks at CBS.”