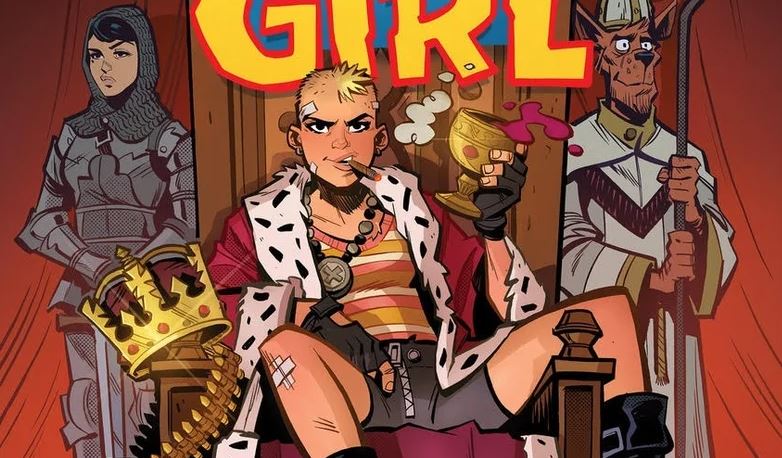 ‘Tank Girl’ is Returning With a New Publisher

“Tank Girl” will be returning this fall in comic book form. Taking over the publication will be Albatross Funnybooks, publisher of ‘The Goon.” Comicbook.com broke the news and put out an exclusive interview with Eric Powell who created Albatross.

Due the the pandemic however there is currently no set date. All we know is that they are aiming for sometime in fall. They had intended to break the news during this years Comic-Con. But due to them cancelling this year’s convention they decided to just let the cat out of the bag.

“Yeah this whole COVID thing really screwed up our summer announcement plans,” Powell told Comicbook.com. “So this was supposed to be our big announcement that was launching in July. Our big Comic-Con push. Comic-Con is now canceled and we’re scrambling to try to figure out when our releases are actually gonna happen. But, since it’s the apocalypse, I thought everybody would like to know that Tank Girl is coming to Albatross Funnybooks.”

Tank Girl co-creator Alan Martin is writing the first series for the character under Albatross. Artwork will be provided from Brett Parson.

The new book is called King Tank Girl. It will focus on the earlier years of the character before we see her in the later comics.

“Alan Martin and Brett Parson have been doing some amazing Tank Girl stuff lately, and Brett just did a run of The Goon for us,” Powell continues. “And I’m a huge fan of his artwork. And, they kind of approached me and were like, ‘Hey we’re looking for another home for Tank Girl would you be interested?’ And, you know, of course I was interested because it fits right in with everything we’ve been doing. It’s a character that I think sets beside all the comics we have very, very nicely. Our books, I want them to be kind of all over the place. So we have, you know, Galaktikon is like a science fiction drama, space opera kind of thing. Grumble is kind of a father-daughter road trip, supernatural book. And then you have The Goon which is its own thing, and then Hillbilly, but in a weird way they all mesh together because I think they’re so different. And so weird and bizarre and not necessarily your typical mainstream stuff. And I’m very happy to have, Tank Girl beside The Goon. I think that’s a good fit.”