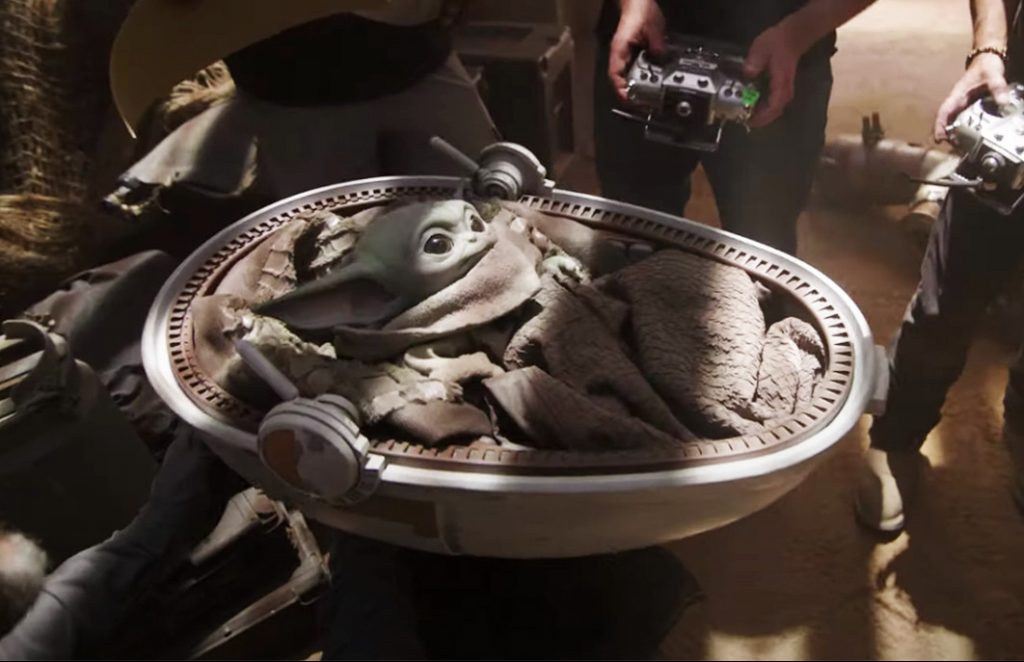 Disney has released the first trailer for their upcoming documentary “Star Wars: The Mandalorian”. The Documentary is a behind-the-scenes documentary about the Star Wars spin-off series that will premiere May 4 on Disney+.

The show will be eight episodes long and feature how they filmed the show. They will highlight many aspects of filming and show us more of the animatronics and puppetry used for ‘The Child’. Executive producer Jon Favreau will be inviting cast and crew including cast Pedro Pascal, Carl Weathers and Gina Carano, and directors Bryce Dallas Howard, Take Waititi, Dave Filoni, Deborah Chow and Rick Famuyiwa to recount their experiences on set.

New episodes of the documentary will launch every Friday. Just like they released the first season of The Mandalorian.

Now we have Season 2 of The Mandalorian  to look forward to this October. Filming wrapped in March, with Season 3 now in the early stages of development.