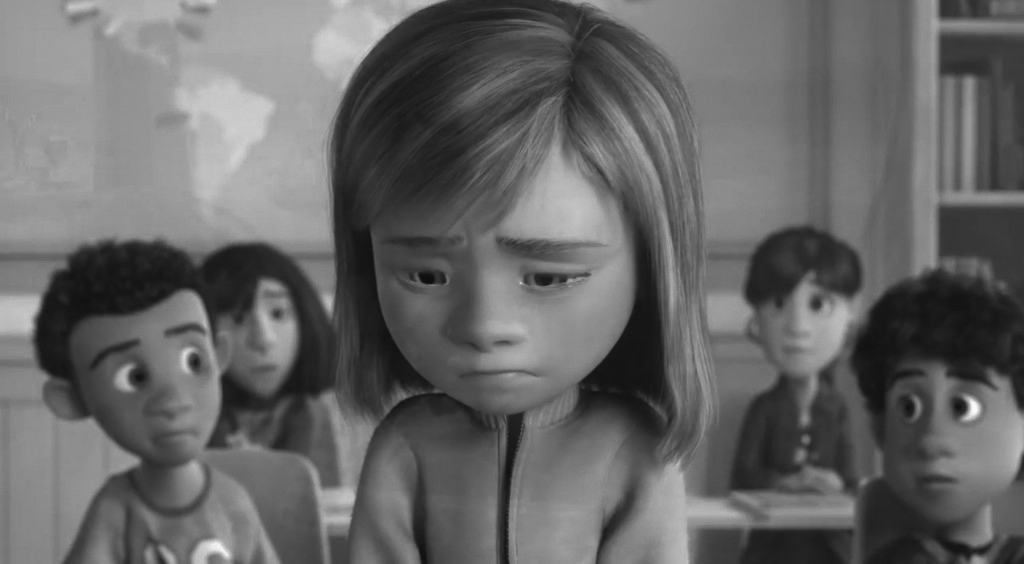 Watching Pixar Films in Order & the Emotional Scarring it Left Behind

In 1995 Pixar exploded onto the film scene with their first feature film outing, Toy Story, a computer animated children’s film about Toys coming to life.  It was apparent from the first viewing that we were witnessing something truly special. Not only did the original Toy Story set the standard for computer animation at the time, but it also managed to blend a children’s adventure story with adult themes and draw out emotions from both.

It was clear that with Toy Story, we were bearing witness to something truly spectacular. 22 films later and Pixar is still creating memorable films that for the most part continue to highlight themes such as family, friendship and adventure.

Perhaps what is most intriguing about watching all of the Pixar films in release order is that you start to see patterns, albeit phases of the Pixar films, and while this was probably not intentional, once it is identified it becomes difficult not to categorize them into their respective phases.

They’re not linked the way the MCU is, and while there are plenty of Easter eggs hidden throughout each film that reference others, this viewing isn’t necessarily how all the films connect as much as which ones garner the magic of Pixar the most. It impossible for a single film studio to produce 22 untouchable films, but I will say that out of all the attempts to be continuously relevant and true to the filmmaking principles, Pixar undoubtedly leads the pack.

So, before we begin this deep dive into the rewatching of Pixar, let me begin first by saying that I am a fan of Pixar films and hold them in the highest esteem of filmmaking.  I also understand that Pixar’s first and primary goal is to make animated films for children and that adult critiques are secondary. Let’s face it, as adult as the themes in most Pixar movies are, themes and philosophical inquiries into the human condition don’t sell toys.

Lastly, there are a number of films that I had re-watched for the first time so I may touch on those more than other films that are more well-known and beloved. It was an emotional rollercoaster and aside from discovering some new favorites, I have also learned that I have a lot of tears to cry over a number of days and Pixar knows the strings to pull.

As stated, I believe that there are clear phases to the Pixar Movie Universe, the first of which includes Toy Story and goes all the way to Cars. Here we see 7 films that seem to be bent on revolutionizing the way parents and children watch movies together.  This run of films including but Toy Story 1 and 2, the criminally underrated A Bug’s Life, and classics like Finding Nemo and The Incredibles. It is clear in this phase that Pixar was developing a surefire formula for success: take a classic childhood memory, tell a heartwarming story that is compelling, and teach parents and children how to communicate and understand life together.

Here we deal with friendship, growing up, grief, and family. All of the things that have become staple themes of Pixar films. This is perhaps the strongest phase of Pixar, where you can feel the love and care from each animator and storyteller. The films in this phase also hold some of the highest critical acclaim of any of the Pixar phases, garnering some of the highest rated films on Rotten Tomatoes and dominating the Animated Oscar category year after year.  It was a phase of pure genius and creativity that laid the groundwork for how we view animated films.

Phase 2 is what I like the to call the Experimental/Icarus Phase.  Here we have films like Ratatouille and Up, the end of an era in Toy Story 3 and the highly overlooked Brave.  But it is here in this phase where everything seemed to change for Pixar and the culprit lays in their biggest misstep in the whole catalog:  Cars 2. I could honestly write a whole separate article on the implications of Cars 2 and how it brought down the unstoppable powerhouse and changed the entire relationship of Pixar an it’s fans.

For now, let’s just say Cars 2 is their Icarus.  In this phase we see the arrogance of the studio, that they can gamble with wild ideas and still be successful and not lose their principles.  We see this in films like Ratatouille and Up, films that on paper seem absolutely crazy to pitch to children and yet somehow hit all the right chords and prove successful.  This is where the folly of Cars 2 comes in. Here, the studio believed their own hype and turned in something that was clearly a cash grab and not about a good story. It feels like is was made to sell toys, and it is the polarizing views on this film that greatly affected the films that followed it, especially Brave.  Brave suffers from the huge mistrust Cars 2 created in the fanbase and feels the most Disney Sequel of all the films. It is a straight to video production which Pixar had never done before and it struck all the wrong chords which were very difficult to win back.

Which brings us to the last phase of the Pixar Films, the Push and Pull phase.  Here we see the constant struggle of original ideas with Disney sequel syndrome.  Nothing will ever meet the lows of Cars 2, but it is here that we see the clear struggle of Disney seeking maximum profits and Pixar scrambling to get back to what made them great.  An example of this is Monster’s University followed by Inside Out and The Good Dinosaur.

While Monster’s University is a fine film, it feels very much like an afterthought, like someone knew Monsters sell toys so we have to find a way to bring the back.  Then we get two original films with new characters, both of which hit all the nodes of classic Pixar and while they were critically successful, they were not box office smashes. So, what does Disney do? Fire off two more sequels of beloved, profitable characters in Finding Dory and Cars 3 (which should really just be Cars 2).

I could be way off, but there seems to be a struggle between original ideas and sequels that sell, and that’s not even to say that all the sequels are bad because they are not. But did we really need Toy Story 4? Which felt more like a short film that got extended into a feature film? Isn’t Incredibles 2 15 years too late?

It is hard to come to my final conclusion and assessment of the Pixar films.  If we’re doing a speed round, here are some final thoughts: Toy Story has perhaps one of the greatest trilogies in all of film with a payoff worth the years we invested in them.  Films like Brave, The Good Dinosaur, and A Bug’s Life are very underrated Pixar films. Onward is a fantastic throwback to early Pixar and were it not for the barrage of sequels it would probably get better attention.  Cars 2 is the black spot of Pixar. Cars 2 also commits the fallacy that a beloved side character can carry a film. No. Mater is a small dose character, not a leading character. We need less sequels and more films like Coco.

While there isn’t a conclusive statement, I can give that sums up the whole of the Pixar Universe, what I can say is that it is one of the few film studios that after 22 films has more hits than misses.  Even most of the films your list may rank lower, it is rarely that film is bad but more so just not as great as others. And that is perhaps the greatest lesson from rewatching all of the Pixar films in release order:  There is magic here, and even ones that don’t make you cry still make you feel, whether you’re 11 or 31. No one is outside of the story telling abilities of Pixar, and our hearts are continually touched by the stories they create; to infinity, and beyond.