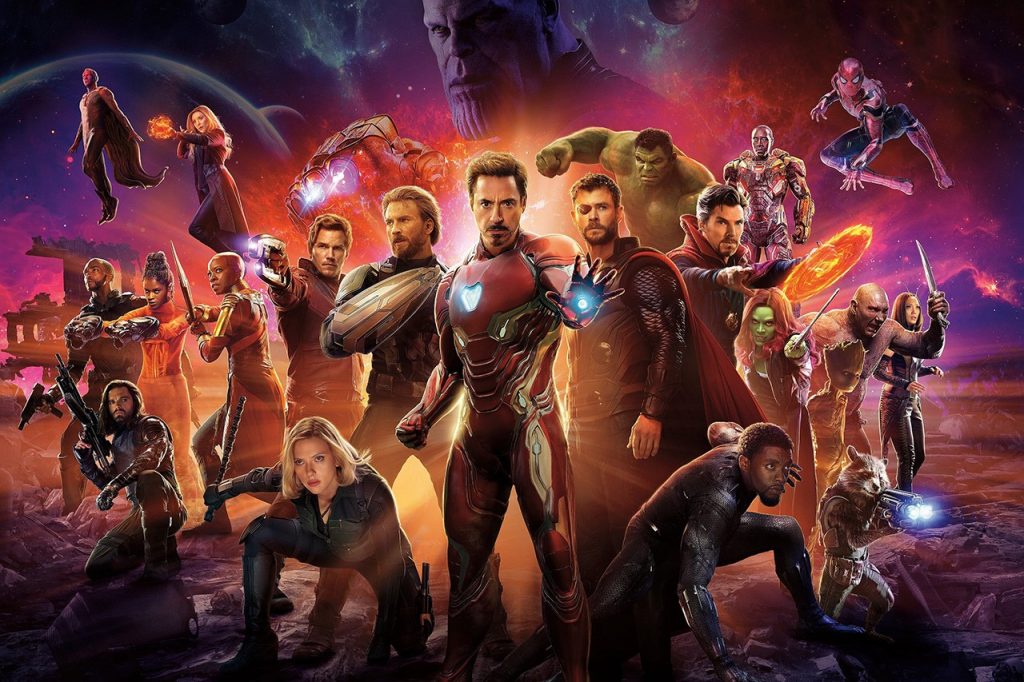 Since Iron Man first hit theaters in 2008 the MCU has changed the way we experience movies, ushering in a wave of cinematic universe attempts hitherto undreamt of.  Yet even with every studio desperately scrambling to create their own franchise, none have had the longevity, success, and cultural impact of the MCU.

The Marvel franchise is a true lightning in a bottle of success, spanning 23 films and earning a whopping $22.5 billion worldwide.  It’s hard to imagine a world without the Avengers, and most of us have created long lasting memories tied to premieres, trailers, and watch parties.  It’s truly a phenomenon, and there’s still so much more come in the future.

Like many fans of the MCU, it’s rare that we have the opportunity to sit and watch all 23 films in any order we choose, be it release order, trilogy by trilogy, or chronologically.  We typically pick and choose our favorites or top 5 and watch them over and over, or they’re chosen for us as most cable channels will rerun their own top picks on what seems like a constant loop (here’s looking at you Guardians of the Galaxy).  In addition, if we’re being honest not all of the Marvel films are great and there are quite a few that choose NOT to re-watch.  I can count on one hand the amount of times I’ve seen Thor: The Dark World but have lost count of how many times I’ve seen Infinity War.

With nothing but time on my hands due to the unprecedented circumstances going on in our world, I decided to sit and watch all 23 Marvel films in Chronological order, beginning with The First Avenger and ending with Far From Home.  Prior to its release, I did complete a “Road to Infinity War” where each week I watched one marvel film in the order they were released.  Similar to my recent undertaking, it was interesting to revisit films I hadn’t seen since their release or at most had only re-watched bits and pieces of particular films, even ones I really enjoy (again, like Guardians).

But with the first 3 phases complete and a lot of free time, I wondered what would change if I watched all of them in chronological order and an added component of a conclusion of sorts to the overall story being told.  The entire filmography took about 9 days to complete with an average of 2 to 3 films per day.  This is my MCU Chronological Re-watch journey.

The journey began with Captain America:  The First Avenger.  Right off the bat I could tell that most of the phase 1 movies were going to hold up.  Marvel clearly understood the simplicity of the hero origin story and despite slowly realizing the overarching story of The Avengers team up, films like Thor, Captain America, and Iron Man all stand on their own as solo superhero movies.

Surprisingly Captain Marvel was a much better film when placed in the number 2 slot of the order.  I always contended that Captain Marvel felt like a Phase 1 film misplaced in a phase 3 universe, and any other feelings aside it really does fit perfectly when it’s placed between Cap and Iron Man. It really isn’t until The Avengers where you can feel the shift in storytelling, Marvel knows that their gamble has paid off by uniting the solo heroes into a true, multi-film franchise.

Perhaps that’s why most of phase 2 seems like the MCU’s dark time, filled with forgettable entries and sloppy risks that don’t seem to divide viewers more than unite.  The chronological lead up to The Avengers and the watching the first Avengers film again, it’s impossible to not believe that you are witnessing something truly special.  Even knowing the Endgame, the beginning of the MCU is truly unique.  Lastly in regard to phase 1, Iron Man 2 isn’t as bad as people make it out to be.  It’s a solid sequel and while the 3rd act doesn’t really pay off, it still feels like it belongs in the origins phase.

What is truly interesting about watching the MCU in chronological order is that the previously mentioned lull of the MCU isn’t really felt as much as it is in release order.  Chronologically you come off of the high of The Avengers then stumble through the unwatchable Iron Man 3 (sorry guys, I just can’t with this movie) and the Forgettable Thor: The Dark World (it’s not bad just not a very memorable sequel) only to be wowed by Captain America:  The Winter Soldier.

This is still one of my top 3 favorite films in the MCU, and in this viewing you can really see the long-lasting impact on the story and what Marvel can do if they aren’t tied to too many tropes and ideas.  By destroying S.H.I.E.L.D they not only set a precedent for new challenges in the films that follow, but the plan to destroy Marvel TV backfired and revitalized Agents of S.H.I.E.L.D instead.   SIdenote:  chronologically the MCU commits a number of inconsistencies, and the naming of S.H.I.E.L.D is easily one of the most prevalent.

The next leg of the MCU is a long one for sure, so I won’t get into too much detail about all of the films.  Watching Guardians 1 and 2 back to back surprisingly makes the sequel much more fun that I previously credited it for. I think we all judged Avengers: Age of Ultron too harshly at the time, and it being smack dab in the middle of the universe is a perfect place for maximum enjoyment.  Civil War gave a first look of what can happen when a villain is motivated by more than just world domination, and Doctor Strange has a ton of underappreciated re-watch value I think I missed the first few times around.

This takes us to the final stretch of the MCU which includes films such as Black Panther, Ragnarok and of course the Avengers conclusion.  Black Panther and Thor Ragnarok are stand outs for me personally, and I have watched them countless times with a complete disregard for how many times that has been. Black Panther is strangely unique as it’s a technically a hero origin story that could easily fit at the top of the order but is exactly the kind of large-scale world building needed as we move toward the epic conclusion of universe.

Ragnarok was the first time I truly enjoyed a Thor film, and that love helped me enjoy the first two Thor films a lot more. While Far From Home is still a great follow up to Endgame (a feat probably too large for any film to achieve without criticism) it feels like the start of the something new despite being inextricably attached to the events of Endgame.

My last and possibly most controversial opinions concern the last 3 movies of Phase 3.  During this watch, I felt that Ant-Man and the Wasp was misplaced, existing only to introduce quantum time travel to Endgame and giving little else.  Much like Thor: The Dark World, the film is largely forgettable and aside from the van and quantum leap theories, there’s not much else that’s needed and the film could go directly after Civil War were it not for the vital “snap” cut scene in the end credits.

Avengers Endgame has some of the best moments in all of the MCU and even after seeing it multiple times, there is nothing quite like watching Cap summon Mew-Mew or finally utter “Avengers!  Assemble,” and the emotional heartstrings of “on your left” and the final “I am Ironman” never wane.  However, Infinity War is the better film overall.  The strange chemistry created by bringing some of these characters on screen together for the first time, the complexity of Thanos and his conquest, and seeing our heroes lose at almost every turn makes it one of the best and most unique films in the MCU.

I think that all of the films with the exception of Iron Man 3 (I truly do not like this movie) are elevated when placed in chronological order.  I believe that the story is more cohesive even with all the nitpicking plot holes and inconsistencies, and you start to really appreciate the vision of the universe as a whole even if some of the films end up doing so unintentionally.  If you find yourself wanting to suit up and immerse yourself in superheroes for a few days, I highly recommend the MCU Chronological Order.  Even if it changes your favorites and rearranges your order, it’ll give a wonderful stroll down memory lane of all the great moments the MCU has given us, and I see that as an absolute win.