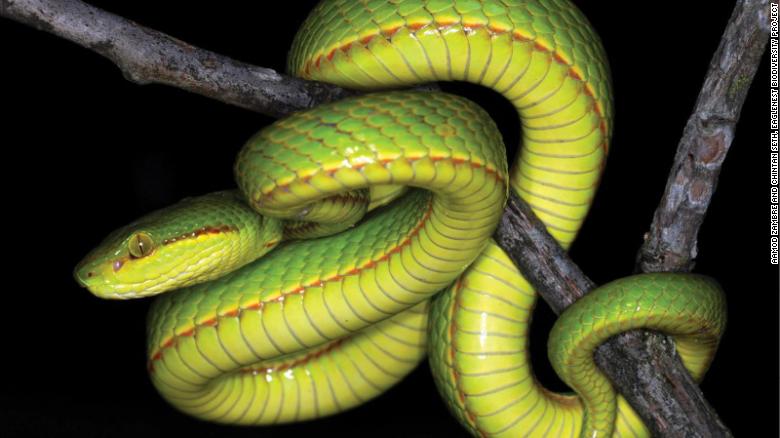 Researchers from India have discovered a new species of green pit vipers and have decided to name it after one of our favorite franchises Harry Potter. Salazar’s pit viper is named after Salazar Slytherin who was one of the founders of Hogwarts School of Witchcraft and Wizardry. Seems fitting for a being that no doubt speaks fluent parseltongue.

An exerpt from the published findings from Zoosystematics and Evolution:

‘The specific epithet is a noun in apposition for J.K. Rowling’s fictional Hogwarts School of Witchcraft and Wizardry’s co-founder, Salazar Slytherin. He was a Parselmouth that links him to serpents. Suggested common name: Salazar’s pit viper.‘

Slytherin is known for their ability to talk to snakes and rightly snakes are the symbol of the Slytherin house. Which is why the researchers chose the name Trimeresurus salazar.

Pit Vipers in the genus Trumeresurus are venomous and usually found throughout East and Southeast Asia. This species was found in India but there are a total of 48 species of this genus found in the region.