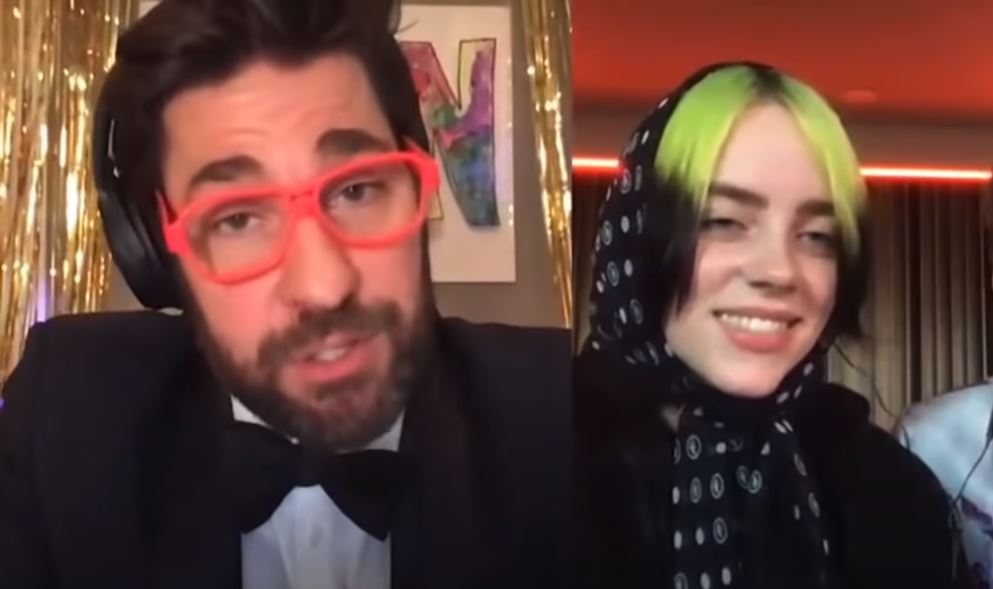 John Krasinski who is already doing his part by having started the show SGN (Some Good News) threw a virtual prom last night for everyone who couldn’t make it to the real one. Coronavirus has effected many people but it’s been a real hardship for seniors who would be graduating this year. So that’s why Krasinski took it upon himself to throw a virtual prom for all of those who would be missing out. Teens got dressed up and tuned in and were all surprised to find out that some very special guests would be making an appearance. Including Billie Eilish and the Jonas Brothers.

Billie Eilish I have to say sounds amazing. And this must have made so many people’s night. But if you think the fun stopped there you would be wrong!

All in all it made for a great night and many kids got to celebrate something they thought would be lost forever. And now they have an amazing story to tell for years to come. It’s not that they lost anything now, it’s just that they gained something much more special and unique. And hey, if they want to throw a real prom at a high school reunion ten years down the line, that’s totally an option.