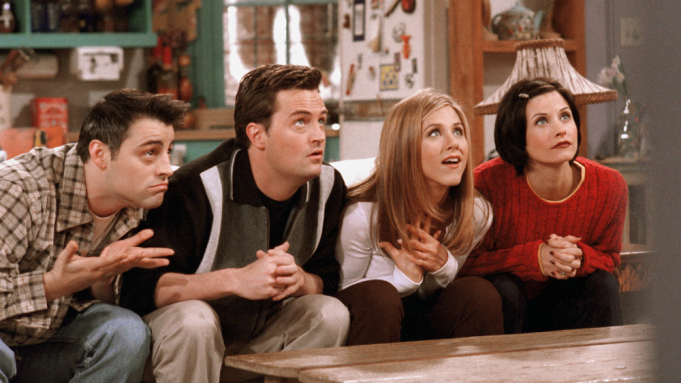 I think by now all I have to do is type production delay and everyone knows why. Coronavirus has already shut down and postponed so many productions that it’s become a year of disappointment for many fans. That’s not to say we’re not happy that people are staying safe, but we sure are missing out on a lot of fun stuff. And now part of that includes not being able to see the “Friends” reunion at the launch of HBO Max.

Originally it was supposed to start production about now to be available on the platform as part of a special bonus for subscribers. The reunion would have seen Jennifer Aniston, Courteney Cox, Lisa Kudrow, Matt LeBlanc, Matthew Perry, and David Schwimmer reunite on stage for the first time in 16 years. It was meant to be an extra enticement into entering the new streaming service which will now hold all of the reruns from the original show.

The show “Friends” was available to stream for a while on Netflix but was taken off due to HBO holding the rights to it. Before it moved off of Netflix it was one of their highest streamed shows.

The special will still be happening but they are waiting until it is safe to move forward.

The special is to be directed by Ben Winston with the cast also serving as executive producers alongside Winston and Friends creators Kevin Bright, Marta Kauffman and David Crane. The special hails from Warner Bros. Unscripted & Alternative Television and Fulwell 73 Productions with Emma Conway and James Longman as co-exec producers.