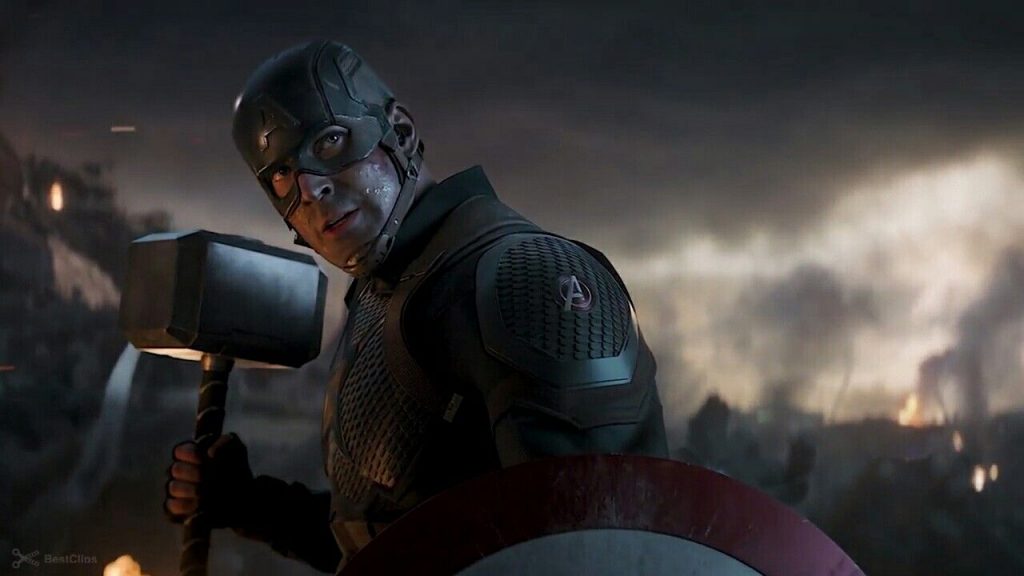 The first time I saw Avengers: Endgame, Captain America (Chris Evans) wielding Thor’s (Chris Hemsworth) hammer Mjolnir easily became my favorite part of the movie.  In fact, I consider it one of the best jaw-dropping moments in the Marvel Cinematic Universe. The whole theater went silent and goosebumps ran up and down my arms.

However, an opening night crowd’s reaction was completely different.  Let’s just say that the crowd went wild. Like a sports stadium crowd wild.

From the very first time that I saw Steve Rogers in Captain America: The First Avenger, he became my favorite character.  His storyline is so strong and the character is so well developed (and not to mention the really cool actor who plays him).  So you could say I was very excited to see him again in this epic movie.

As fans bought their tickets, acquired snacks, and found their seats in the theater the anticipation and excitement rose to the roof. Going in, the expectations were extremely high as Avengers: Endgame serves as the epic finale to the MCU’s Infinity Saga.  Moreover, there were bound to be tidbits from many of the 21 movies which set up the plot and characters for this final one.

Despite all of the extraordinary scenes in the movie, this one is probably the most memorable.  Due to the fact that very few can wield the mighty hammer Mjolnir, many fans became excited when Steve was almost able to do it in Avengers: Age of Ultron.

The crowds’ hopes were satisfied as the final battle against Thanos (Josh Brolin) rolled around and Steve was deemed worthy.  The scene shows him calling on Mjolnir and using it to control lightning.

Thanks to Scott Gustin, fans can view the amazing scene over and over again on Twitter.  His post features the iconic scene with the crowd’s reaction playing in the background and currently has 8.3 million views.  It will give you chills. Chills.

In this particular moment, many fans weren’t concerned with how or why Captain America was able to wield Thor’s hammer.  It was too epic of a scene to consider using logic.

What are your thoughts on this scene?  Did you get chills? Let us know in the comments!