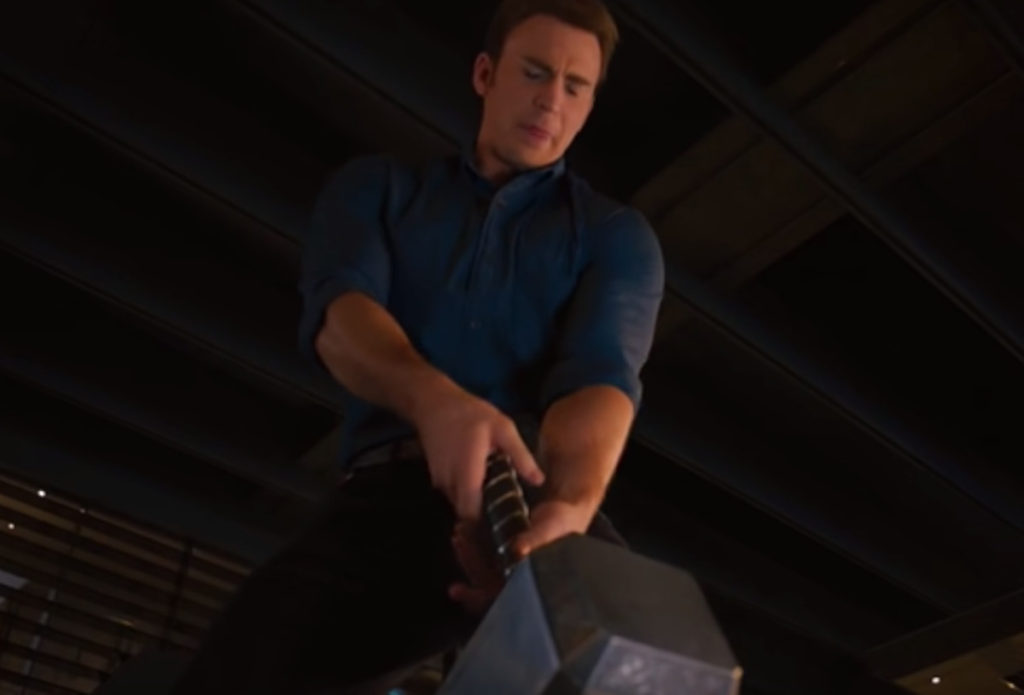 SPOILERS for Avengers: Endgame and
Captain America: Civil War ahead, read with caution.

If you’ve seen Avengers: Endgame, then you saw that Captain America was able to lift Thor’s hammer and kick some major butt with it. According to MCU lore, only those “worthy” can wield mjolnir, but then why was he unable to lift it in Avengers: Age of Ultron? Co-Director of the new film, Anthony Russo, said in a recent interview that, “Cap’s sense of character and his sense of humility, sort of out of deference to Thor’s ego, … Cap in that moment, realizing he can move the hammer, decides not to.”

Now hold it one minute. They are saying that Cap didn’t lift it because he didn’t want to embarrass Thor? I know they are the directors of Captain America: Winter Soldier, Captain America: Civil War and Avengers: Endgame, but I reject this explanation.

Like many other Marvel movie fans, I believe that Steve Rogers couldn’t lift the hammer in Ultron, because he was keeping the secret that Bucky killed Tony Stark’s parents. Cap learned this around the time of Winter Soldier, but only told Tony he knew after being confronted with it in Civil War. I bet you a shiny nickel, Joss Whedon, the director of Avengers: Age of Ultron, will make a similar statement in the near future.