Chris Evans announced that he is officially wrapping his as Captain America. He said on Twitter, “playing this role the last 8 years has been an honor.” After officially wrapping up Avengers 4, which will be released May 3, 2019, he said, “It was an emotional day to say the least. To everyone in front of the camera, behind the camera, and in the audience, thank you for the memories! Eternally grateful.

He also once stated in the The New York Times that “You want to get off the train before they push you off.” 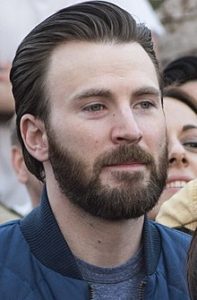 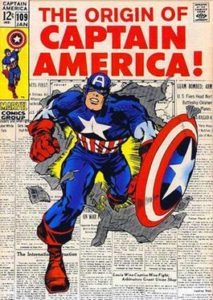 On his Twitter account There was an outpouring of reaction to his tweet, most sad, with even some of the biggest stars in the superhero world weighing in.

“What a run you had brother. Congrats on breathing life into such an iconic character. Keep on keepin’ on,” Dwayne “The Rock” Johnson tweeted.

Marvel cast Evans in March 2010 at a time when it was unclear if fans would be accepting of the actor, who’d already played Johnny Storm in Fantastic Four films in 2005 and 2007. Evans himself wasn’t initially sure if he would accept the role after Marvel offered it to him, but eventually he did, beating out stars such as John Krasinski, Garrett Hedlund, Michael Cassidy, Patrick Flueger, Scott Porter, Wilson Bethel, Mike Vogel and Chace Crawford.

THR reported at the time there was concern Evans wouldn’t accept for another reason: He’d already signed on to the Anna Faris romantic comedy What’s Your Number?, which was scheduled to shoot at the same time as The First Avenger. Evans wound up doing both movies, and Marvel’s Kevin Feige once said it was Evans’ mother who convinced him to take the role.

It’s possible that following Evans’ retirement, another Captain America could rise in the Marvel Cinematic Universe. In the comics, Steve Rogers has been replaced in the past by characters who exist in the MCU such as Bucky Barnes, aka the Winter Soldier (Sebastian Stan), and Sam Wilson, aka the Falcon (Anthony Mackie).

Chris Evans will make his final appearance as Captain America in the currently untitled Avengers 4. While Evans’ Captain America had a relatively small amount of screentime in this year’s Avengers: Infinity War, the writers of that movie and Avengers 4 have said there will be much more Cap in the next installment.
Give Nerdbot your thoughts in the comments and get the conversation going!
Sign up to Receive the NERDBOT News!
[tipjarwp]
Share