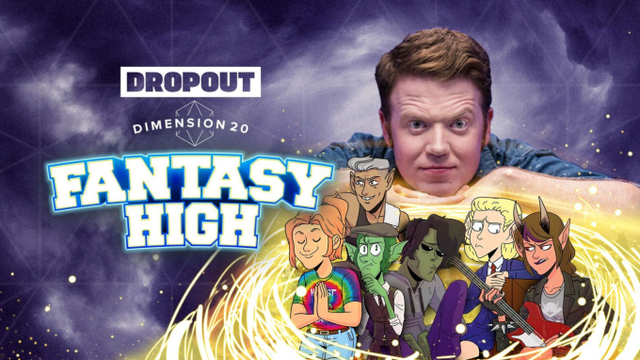 An Advertisement for the ttrpg show, featuring Brennan Lee Mulligan as the Dm and the artwork for the PC characters
Gaming

Spring Break, I Believe In You !

The forest of the nightmare king is filled with trees, darkness, and the certainty of the unknown and its danger. In an open field stands some elves: a trapped hero, her villainous father, and her sister.

It’s in the moment of Season 2, part one of the finale, that Adaine Abernant tells her sister that her love is free and unconditional. And as someone who has earned everything in her life, one bound upon the expectations of her parents, this breaks Adaines sister.

While this recounting isn’t verbatim, its message is. No matter who you are, your real family will love you without price or expectation; valued because its freely given with nothing asked in return.

This is just one of the times College Humors Dungeons and Dragons show, Dimension 20, has tackled this type of issue. In fact, the shows very fans have expected this type of emotional character work since the beginning.

Fantasy high is Dungeons and Dragons meets high-school meets fantasy absurdity. With each character confronting their own trauma and emotional distress, each season grows each character in different ways.

The Elf mentioned Above, Sioban Thompson who plays Adaine Abernat, starts the series at a nervous repressed wreck.

By the end of the second season, shes evolved in a much more self actualized character; taking on her oppressors and realizing who she is and to stand tall emotionally.

Now to tough on every characters journey would take all day, and would ruin alot of plot points, so I’ll end with this.

Dungeons ans Dragons can be used to explore mental health and existentialism, and Dimension 20s Fantasy High Does this through comedy and heart .

The series has just finished its second season, with the complete first season available on their youtube channel and the second on the Dropout app.

Dimension 20 is one of the flagship titles that was announced with the Launch of College Humors own streaming service; Dropout back in 2018.

So are you going to check out Fantasy High? If your already a fan, let us know what you love about the series down below!