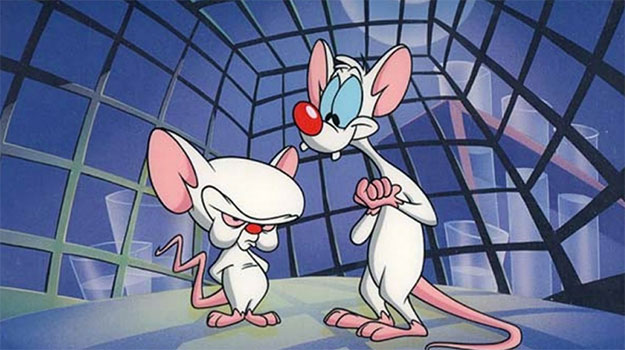 Upcoming ‘Animaniacs’ Reboot Will Also Feature Pinky and the Brain

Legendary voice actor Rob Paulson answered questions with comicbook.com about the upcoming relaunch of Animaniacs that is coming later this year on Hulu. The classic 90’s cartoon has been confirmed to come back for two seasons and will feature all the original voice actors which includes Paulson, Jess Harnell and Tress MacNeille. While the show was primarily about the Warner brothers and their sister dot, there were many other characters that had their own episodes. The most popular of all the supporting characters were Pinky and the Brain, which featured a super genius lab rat and his dimwitted sidekick. Paulson was the voice of Pinky while the Brain was voiced by Maurice LeMarche. Pinky and the Brain was so popular that they got their own spin off show that was all about their failed attempts to take over the world.

Despite their popularity, it was unknown whether the new Animaniacs would feature the other characters. Now we have confirmation from Paulson that there will indeed by new episodes of the famous duo as part of the show. Paulson let it slip while answering an interviewers question about how it felt to be invited back to the show instead of being recast by other actors. He said that he was deeply touched by the gesture from the producers of the show and that it was a joy to be back “with Maurice, with Tress, with Jess. Yakko, Wakko, and Dot are back and so are Pinky and the Brain.”

We can expect the new series to be coming out this fall but there is not a firm release date just yet. Hopefully when it does come out, we will get remakes of other Kids WB shows. The world needs Freakazoid! now more than ever.