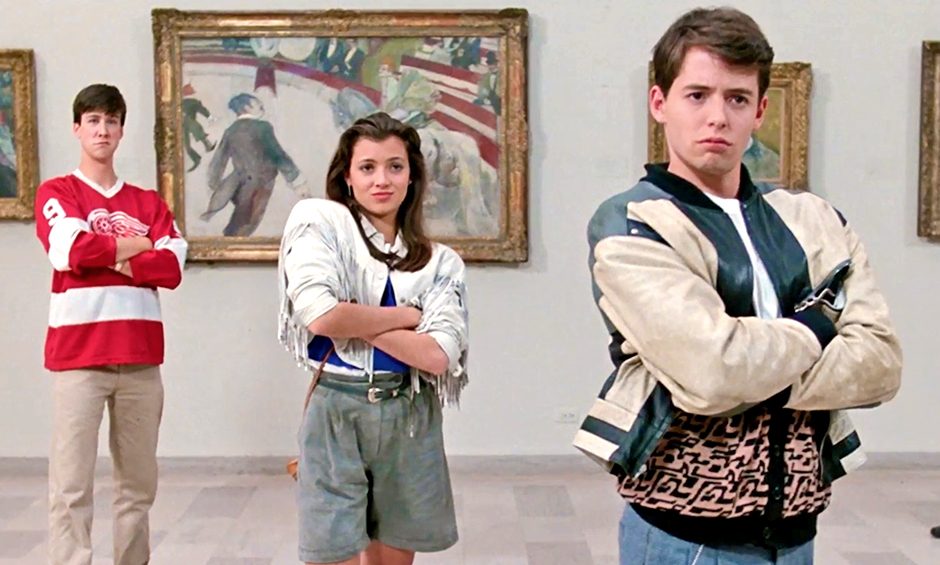 Ferris Bueller’s Day Off is a charming, fun romp and I absolutely detest it.

This films production is just so much damn fun and entertaining, and if there’s one detail that ruins the movie for me it is its own protagonist. In Ferris Bueller character, there’s this care-free chaotic good attitude that’s a contradistinction to his actual terrible morality.

Now I’m not trying to pull one of the internet trends where,”something you love has been bad this whole time”. After watching the film I just need to express how much I love and Hate Bueller so dang much.

The Issue At Hand

Ferris Bueller has the spirit we all secretly desire: a liberating energy that is clever enough to wiggle out of consequences, charming enough to sway people to our way, and can be as chaotic as possible damned the action. He flies on the winds on ambition and circumstance, a perfect storm that carries him towards whatever his goals may be.

Now that I’ve stated his good qualities, lets go on about how he’s a terrible friend. Ferris Bueller could very well of ruined his friends life, specifically Cameron. While taking, and ultimately destroying,his friends car Cameron does learn a lesson in confidence and to stick up to his father.

And that’s great ! But in the way the father is framed in the film, I’m convinced that he’s either not going to listen to Cameron and/or just straight up disown him.

Ferris never should’ve dragged Cameron’s fathers car into this situation, caring more about looking cool than being considerate of his friends wishes. They could’ve just taken Cams car or, I don’t know, the bus ! And while he tries to take responsibility at the end, Cam is so wrapped around Ferris’s finger that he denies him that moment of possible growth.

There’s a similar growth from a bad situation that comes from Ferris Sister Jeanie. She learns to ” not care about her brother receiving not consequences” and even helps him out in the end. On behalf of all siblings that watch as their brothers/sisters receive sympathy where they’d be berated, I say she has every right to be angry.

And to be frank, the Principal trying to catch Ferris ditching is creepy as hell and needs to get over his weird obsession. I believe everyone can at least agree on that. He is at least the one character of the film that deserves his crappy ending,

His opening mantra of not wanting to miss life seems great, but is legitimately detrimental to his depressed nervous wreck of a best friend. Ferris Bueller seems like a nice guy, and I’m sure part of him is. I just cant’ get over how he faces no consequences.

And that’s where I leave you dear reader, I already can hear the tip tap of the keyboards as half of the ten people who will read this are writing about how wrong I am. And I encourage you to do so!

What did you think of Ferris Bueller’s Day off? let us know in the comments down below!