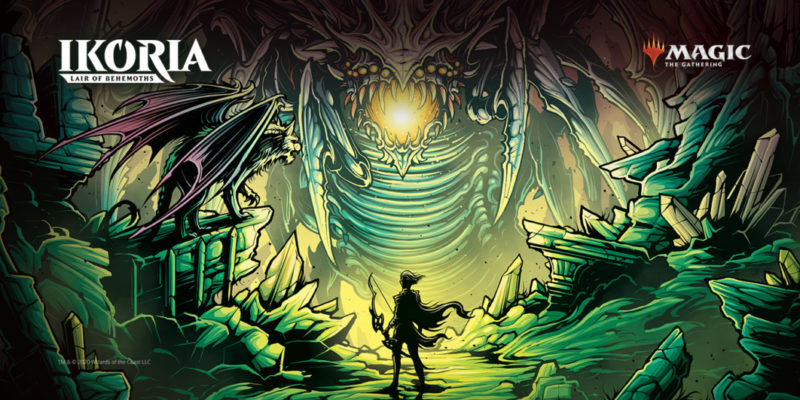 It’s massive! It’s ferocious! It’s coming to Magic: The Gathering?! That’s right, Godzilla is making its appearance in the latest set of Magic: The Gathering. This newest set is titled Ikoria: Lair of Behemoths and will take us on the journey of a planeswalker named Lukka. Lukka is a member of the Coppercoats, a military unit tasked with protecting the city of Drannith from savage monsters wandering Ikoria.

“Lukka’s world is forever changed when he forms a mystical connection with a ferocious, winged cat. Such bonds are treasonous in Drannith, forcing Lukka to flee from the very home he was sworn to protect. Now an outcast monster ‘bonder,’ Lukka must survive the wilds of Ikoria with the help of planeswalker Vivien Reid.”

The series will contain a total of 16 Godzilla cards in North America. Japan will get an additional 3 cards, putting their total at 19. The complete card list is:

You can pre-order Ikoria: Lair of Behemoths right now. The set will release digitally on Magic: The Gathering Arena on April 16. Physical copes will release worldwide on May 15.