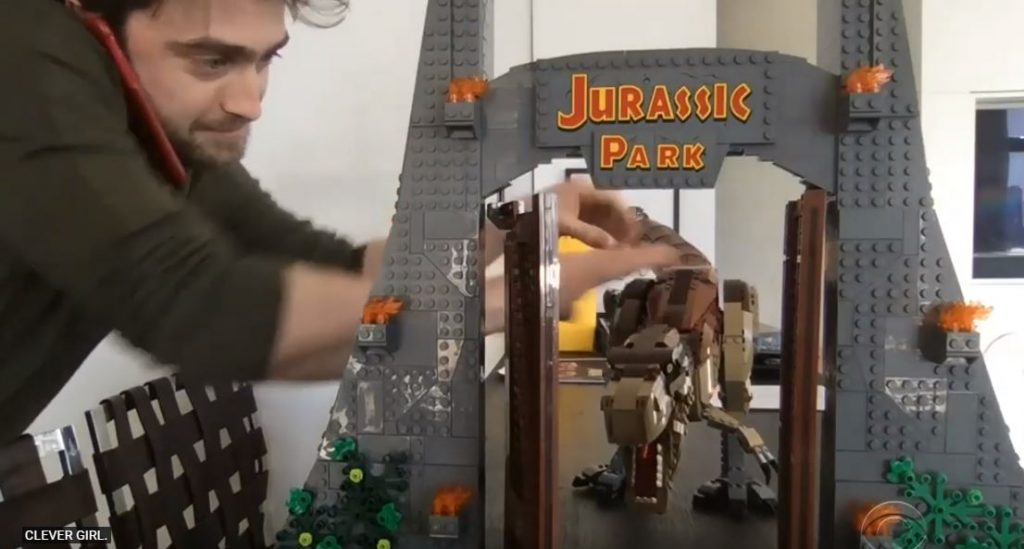 In what turned out to be a very funny interview via Skype on the Late Show with Stephen Colbert Daniel Radcliffe talks about what he’s been up to lately. And honestly he does not disappoint. He’s doing exactly what any of us would want to be doing. Jurassic Park Legos, and reading.

Along with show off his very impressive Lego set he also talks a bit about his new show called “Miracle Workers: Dark Ages” and how we can expect to see a plague on that show. All filmed before the Coronavirus was in full effect. It’s good to know that Daniel is practicing social distancing and staying safe at home. What’s even kind of cute is that he printed out a picture of the Late Show’s logo so it was like he was really being interviewed on set. Though I do wonder what kind of calendar he has that he would need to cover up. From the looks of it, it’s one of those calendars you print with the family photos, but that comes from me working at Staples in the copy center and it’s just a guess.

The really fun part is the beginning of the interview when things don’t go as planned. Stephen Colbert cant hear and finally they decide that a phone call would be better than trying to get the audio to work.

It’s nice that Colbert is doing his show from home as well, because let’s face it. This is the kind of content we need. Proof that our favorite celebrities are practicing safe social distancing. And knowing they are doing it may be even more incentive to do it yourself. Be smart, stay safe and stay at home.