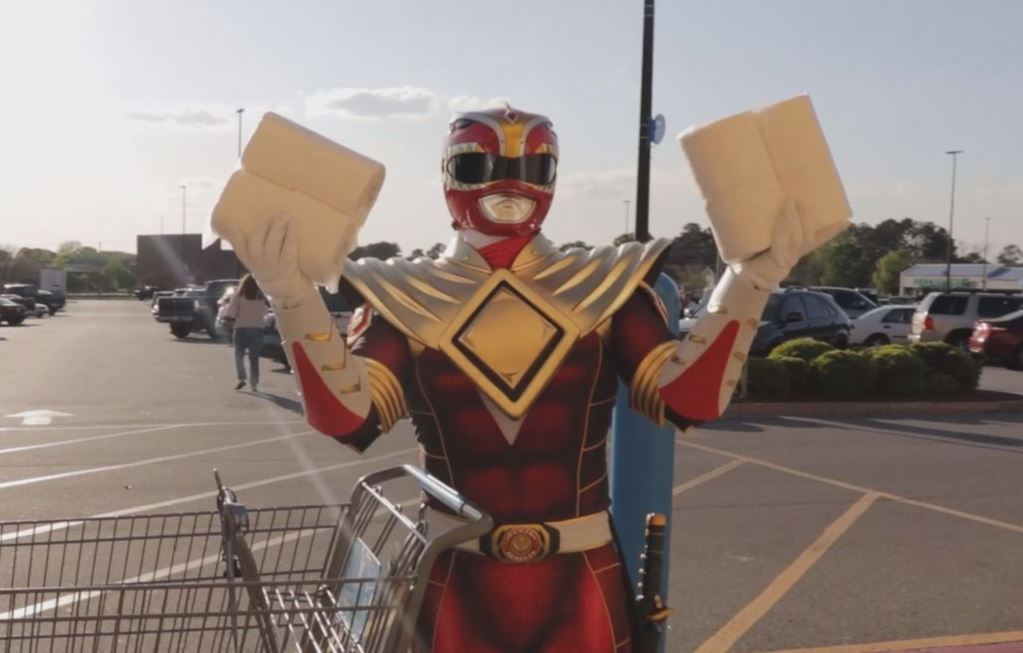 When you look around lately you see a few different kinds of people. The hoarders, the givers, and those that are stuck in search of daily basic needs because they are suffering either financially or just couldn’t get to the store early enough. Well this is the story about a giver who decided to suit up Power Ranger style and give out some free money and toilet paper to the folks over at the Moutrie Walmart in Georgia.

Roberto Fernandez who is a father of two decided to go out and help people dressed as a Power Ranger. Which is actually pretty smart because you have full body coverage from the suit.

“Yo, what is up guys. Today we’re gonna be giving out toilet paper and money to people. With all of this going on, so I had some extra toilet paper and I’m gonna give-’em out to older people, let’s go,” Fernandez said at the beginning of the video.

In an interview with WALB News 10′s Bobby Poitevint they asked him “Why a Power Ranger?”

He said, “A little bit behind the Power Ranger suit is because I had bought it for my son’s birthday party because he was really into Power Rangers, so I got it custom made. When I put on the suit for my son, he was so happy. So, since my son was happy, I figured other kids would be happy too and they were.”

He ended up giving away about $80 and twenty rolls of toilet paper. Wanting to help because he was aware of the situation that a lot of people had lost their job. It just goes to show you that not all heroes wear capes. Sometimes, they wear a red ranger suit.