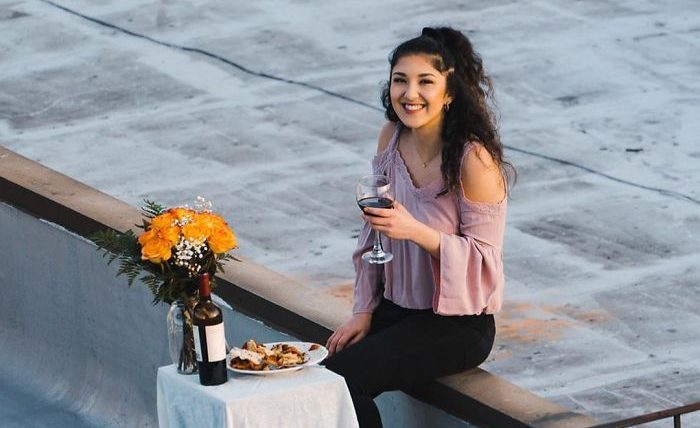 Guy Sees Woman Dancing on Rooftop, Asks Her Out by Flying Out His Number With a Drone

Most of us are quarantined for the past few weeks. This probably stopped many single people from meeting and going on dates. But this guy didn’t let the social distancing situation hold him back.

Jeremy Cohen saw a girl dancing on the roof of a building next to his house in Brooklyn. She also noticed him and they waved to each other. Jeremy then thought of a creative idea: he took his drone, attached a piece of paper that says “text me” and has his number on it, then sent it to her.

“I grabbed my tape, pen, drone, and paper. Then I wrote down my digits and sealed them on my drone. Flirting is normally daunting for me, but since I’ve been quarantined in my apartment for a week now, I was screaming for social interaction,” – he shared.

His neighbor, Tori, received his message and about an hour later, she texted him.

The next day, he decided to ask her out on a date, Tori was confused about how that would work.

But Jeremy and Tori’s roommate had it all planned. Tori’s roommate set up a table, some wine and food on the roof, while Jeremy also prepared his own on his balcony, following the rules of social distancing.

“I sneakily coordinated with her roommate earlier to set it up.”

“5 PM hits. It was time for our date. Wait, where is she? Just kidding. We follow the rules. I waved down at the balcony, she waved back.”

Since Jeremy’s a professional photographer, he took some pictures of her.

“I told her she looked beautiful. So we got on FaceTime and ate our matching organic, microwaved single dinners together.”

He recorded 2 TikTok videos sharing the story and they went viral.

When asked about how their relationship is going, he shared: “So far so good, we had our first date two days ago which went super well. Going on our second date soon. Its a little strange with all the pressure of everyone watching compared to a normal date, but I think I can handle it!”

“I think it’s time to take his relationship to the next level.” He shared his thought about a possible 3rd video: ”I don’t think anyone is going to expect it, even Tori. It’s a surprise for her just like the last date.”