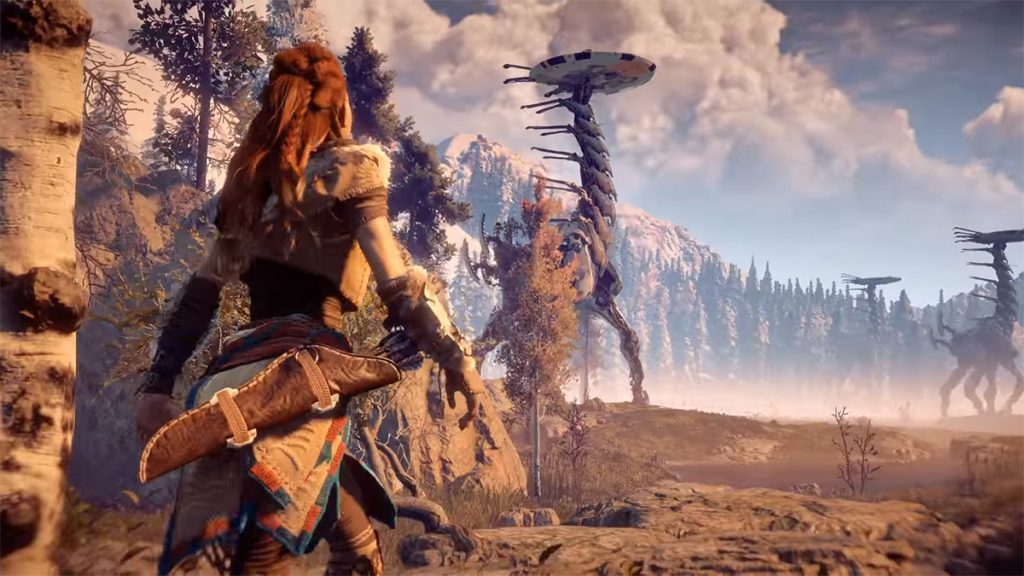 It’s been over two years since we last heard from Aloy in Horizon Zero Dawn: The Frozen Wilds DLC. What new machines has she hunted? What relics from the technologically-dependent human past has she uncovered? Is she making any new friends? Well, we may get answers to some of these questions sooner than we expected.

Developer Guerrilla Games is teaming up with Titan Comics to brings us a new comic series based off of the post-apocalyptic world of Horizon Zero Dawn. The new series follows Talanah Khane Padish, Sunhawk of the Hunter’s Lodge. Does her name sound familiar? Well, players will remember her as the hunter at the center of the Hunter’s Lodge quest line. Talanah and Aloy became friends after helping each other rise through the ranks of the Lodge. In fact, the pair took down the menacing Thunderjaw named Redmaw together.

This new series is set after the events of the game. After Aloy goes missing, Talanah heads out into the wilderness to discover her purpose. Along the way, she investigates a mysterious new threat which leads her to a new and deadly species of machines. Where is Aloy in all of this? Well, you will have to read to find out. The new series is co-created by Horizon Zero Dawn writer Anne Toole and artist Ann Maulina.

The new series launches July 22 in comic stores and digitally. Additionally, a prequel comic was originally scheduled for release on Free Comic Book Day (May 2). Due to the COVID-19 pandemic, Free Comic Book Day has been postponed. It’s currently unclear if the prequel will still release on May 2. Below, you can see the cover art for the first issue by Stanley “Artgerm” Lau. So while we anxiously await a Horizon Zero Dawn sequel announcement, at least we can catch up on Aloy’s adventures through Talanah.