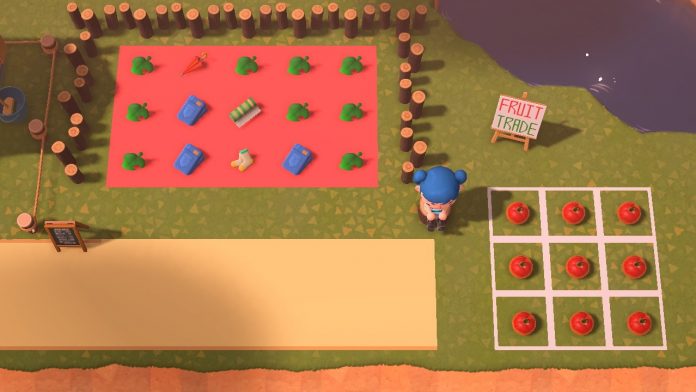 We are so excited to share with you this upcoming "Star Wars" reality competition series, "Jedi Temple Challenge" first trailer! Hosted by Ahmed Best (Jar Jar Binks), the Temple Challenge evokes "Legends of the Hidden Temple" for the Nickelodeon kids.
Read more

Today is the day that HBO Max launches, and "Justice League" continues to be their hot topic seller. Just this morning, director Zack Snyder shared a never before seen image of bad guy Darkseid.
Read more

Alexandrea Orozco-Lau
Man is least himself in his own person, give him a mask and he will tell you the world.
Breaking News

It seems like everyone and their mother is playing the new Animal Crossing: New Horizons game. Heck the second the game dropped ally (my avatar) and gotham(my island) was alive once again! No I didn’t forget the punctuation, I just love no capitalizing things to annoy my husband. It’s how I roll, but I digress. Since picking up the game you notice a few things.

These are the questions you are about to ask yourself. Well you need to help gather materials to build the store for Tom Nook. Long story short 90 pieces all together. UGH. Trust me it’s annoying to gather the supplies and if your friends are not playing it makes it all the harder. Trust me. One person decided that after all of this it became really apparent that Tom Nook was lacking in the items to sell department. A user who’s twitter handler goes by the name @GoneEFK decided to setup a trading shop. The theory:

Take one item that is better and trade it for something that you didn’t want.

Simple enough if you ask me.

Now to put the theory into pay, but would others abide by the rules? Only one way to find out of course.

The next stage was to see if this worked in practice – or rather, could I trust visitors not to abuse the system? I tested it by inviting friends from our Animal Crossing Whatsapp group, with only a couple of rules: a take one/ leave one policy, and no dropping off any complete trash, such as swapping a stone for a vanity dresser. No, no.

So it turned out to be a HUGE success! But within their own friends but would it work with the Animal Crossing Community that isn’t apart of the friends circle?

Related  How Are Transgender Characters Represented in Video Games?

In preparation for throwing my doors to all, I expanded the shop from 12 to 15 items, and popped up a sign at the island entrance to point everyone in the right direction (unbelievably this still wasn’t enough to stop someone getting lost later). I’d noticed my friends had also used their visits to trade fruit, so I formalised the process by creating a little area where people could swap fruits too. Finally, I placed a stool so that I could be on-hand to help with questions… and also discourage any potential rule-breaking. Not that I could have done much if they had – politely request they didn’t? Hit them with a net?

People were coming in to the swap shop, one person in particular who just follows Emma on twitter donated a bunch of items! And Emma has inspired others to do the same on their islands.

Gosh I love this community.

All 12 “Castlevania” Soundtracks Are on Spotify!

Buckle up and listen to Castlevania whenever you're on the go. Konami just released the entire library on Spotify.
Read more

A group of players in PETA shirts storming the aquarium and demanding that museum curator Blathers "EMPTY THE AQUARIUM," and "BLATHERS IS CANCELLED."
Read more

Ahead of its reopening, Six Flags has revealed what safety measures will be in place to protect guests and employees from the coronavirus.
Read more
Movies

We are proud to present Nerdbot’s Cosplay Spotlight where I interview cosplayers from around the world and share their work with you all. To begin the showcase, Nordballe from Denmark.
Read more
Streaming

We're ready to dance our cares away with a brand-new "Fraggle Rock" series at Apple TV+!
Read more